The deployment from the Eielson Air Force Base in Alaska came as Seoul and Washington are cranking up security coordination amid concerns about the possibility of Pyongyang conducting a nuclear test or other provocations.

The U.S. military aircraft will join South Korean warplanes, including F-35As, for the "familiarization and routine training flights" designed to enhance the two Air Forces' interoperability, according to the U.S. Forces Korea. The drills will run through July 14.

"The deployment this time is aimed at demonstrating the South Korea-U.S. alliance's strong deterrence and combined defense posture, as well as improving interoperability between the two Air Forces," Seoul's defense ministry said in a text message sent to reporters.

The last public deployment of the U.S.' fifth-generation fighters to Korea came in December 2017 when the allies staged their then regular Vigilant Ace training.

The latest dispatch followed an agreement from the May summit between President Yoon Suk-yeol and his U.S. counterpart, Joe Biden, on deploying America's strategic military assets "in a timely and coordinated manner as necessary." 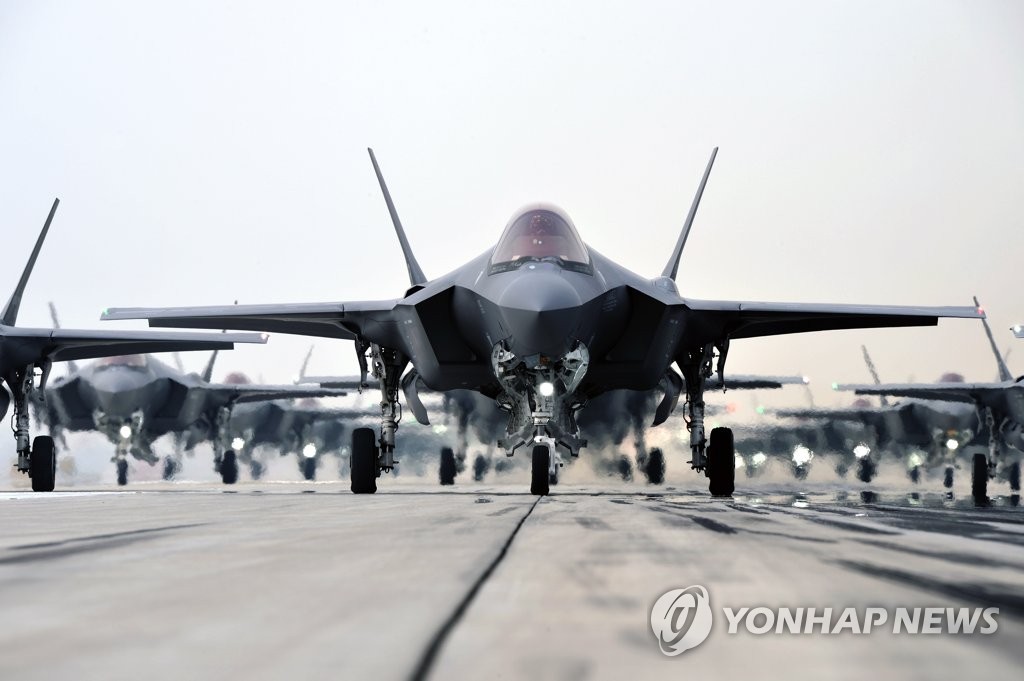