The KCTU filed the appeal with the labor ministry, asking for a reconsideration of the agreement.

Last week, the Minimum Wage Commission, composed of nine members each from labor, business and the general public, agreed to set next year's per-hour minimum wage at 9,620 won (US$7.40), in a 5 percent increase from this year.

"The minimum wage for 2023 was decided without taking the current economic situation into account, such as skyrocketing prices," Park Hee-eun, KCTU vice chairperson, said in a conference.

The business sector has also vowed to file its own appeal against next year's minimum wage.

By law, the labor ministry is required to announce next year's minimum wage publicly by Aug. 5 so that it can come into force on Jan. 1, 2023. 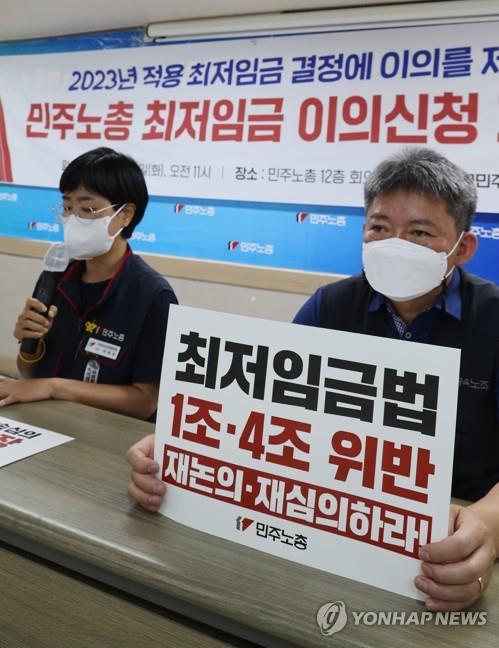