SEOUL, July 6 (Yonhap) -- President Yoon Suk-yeol ordered the military on Wednesday to swiftly punish North Korea in case of provocations as he presided over a meeting of top commanders for the first time since taking office.

"(The president) ordered our military to swiftly and firmly punish North Korea in the event that it carries out a provocation," his office said after Yoon's meeting with the commanders from the Army, Navy, Air Force and Marine Corps at the Gyeryongdae military headquarters, 160 kilometers south of Seoul.

"He stressed that it is the military's mission to defend the people's lives, property, territory and sovereignty at all costs, and that we must firmly show our resolve to do so," the office said in a statement.

North Korea has carried out a series of short- to long-range missile tests since Yoon's inauguration in May and showed signs of preparing for what would be its seventh nuclear test. 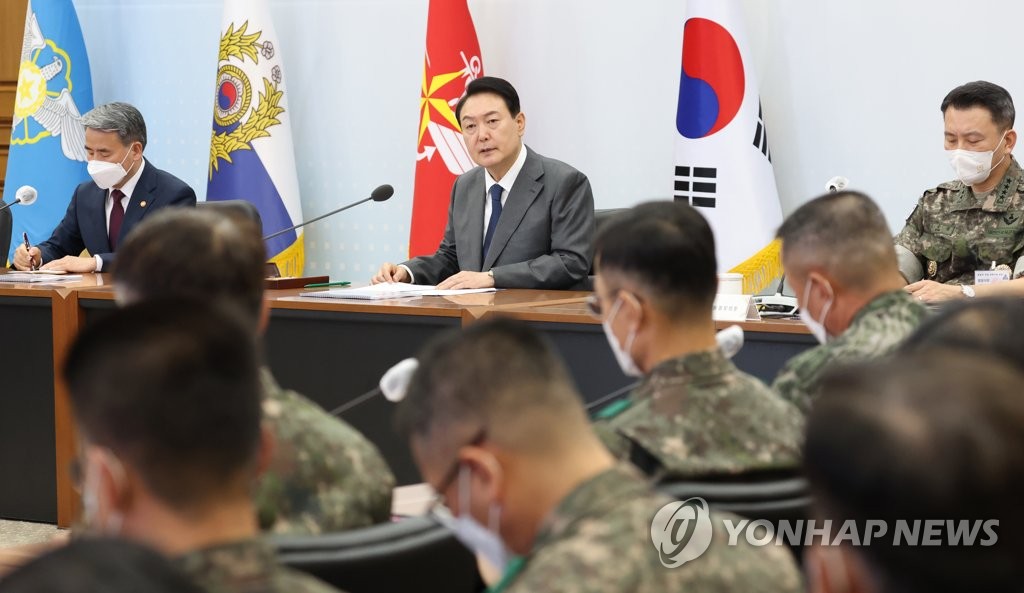 Yoon has made clear any provocation will be met with a strong and united response from South Korea in close coordination with the United States while also offering to keep the door open to dialogue with Pyongyang.

"President Yoon stressed that at a time when security uncertainties in the Republic of Korea and in Northeast Asia are growing more than ever, we must secure a strong defense capability to defend the country's security and national interest," the presidential office said.

Yoon called for building a strong response capability that includes the three-axis system to deter North Korea's use of nuclear weapons and missiles, and reduce its potential for provocations.

The three-axis system refers to Korea Massive Punishment and Retaliation, an operational plan to incapacitate the North Korean leadership in a major conflict; the Kill Chain preemptive strike platform; and the Korea Air and Missile Defense system.

Yoon urged the commanders to fully invest in artificial intelligence and other science and technology platforms to help address a shortage in troops and prepare for future security threats.

He also stressed the need to establish a clear awareness of the enemy and strict military discipline in order to win the people's trust.

Moreover, he asked the commanders to take a special interest in improving barracks life for service members.

"As commander-in-chief, President Yoon expressed his commitment to providing active support to establish a defense posture in which our military can fight and win, and to achieve national defense innovation," the office said. 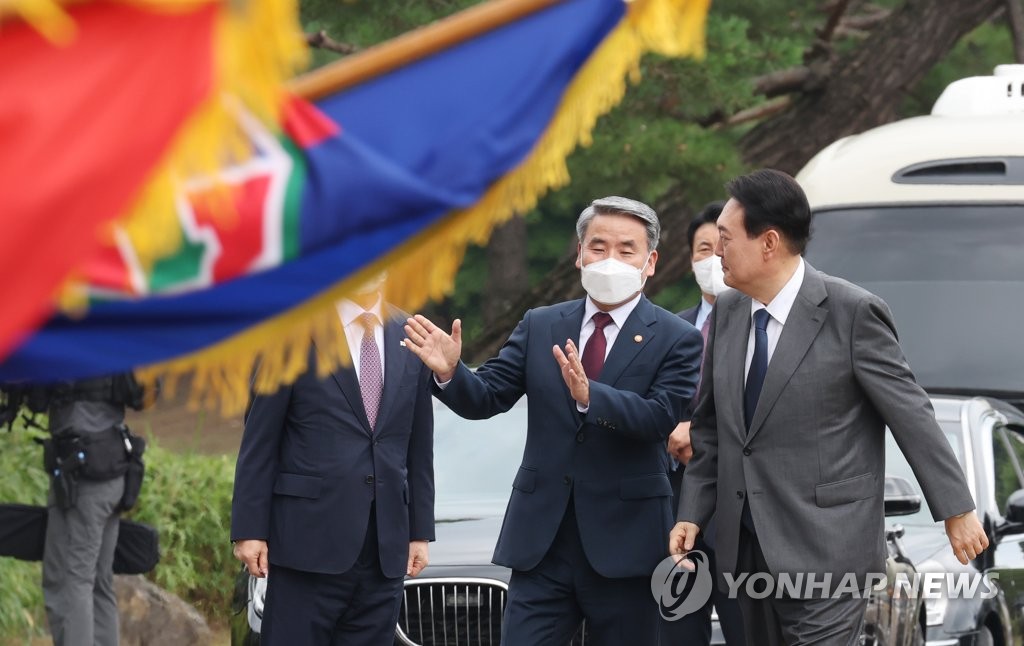