Han made the remarks at a meeting with senior policymakers from the ruling People Power Party (PPP), the government and the presidential office earlier in the day.

"To ease global inflationary pressure, the central bank has no choice but to take steps to normalize finances," Han said.

Unless the government recovers its fiscal soundness, Han said it will undermine the nation's credit ratings and capabilities to cope with a crisis.

Han's remarks came amid growing prospects the BOK may further hike the policy rate next week to tame inflation. Some experts forecast the BOK to conduct an unprecedented "big-step" rate increase of 50 basis points at the July 13 policy meeting.

Consumer prices rose at the fastest clip in nearly 24 years in June due mainly to soaring energy costs, fanning expectations of a sharp rate hike.

The government has announced a slew of measures, including the implementation of an extra budget, to help stabilize people's lives. 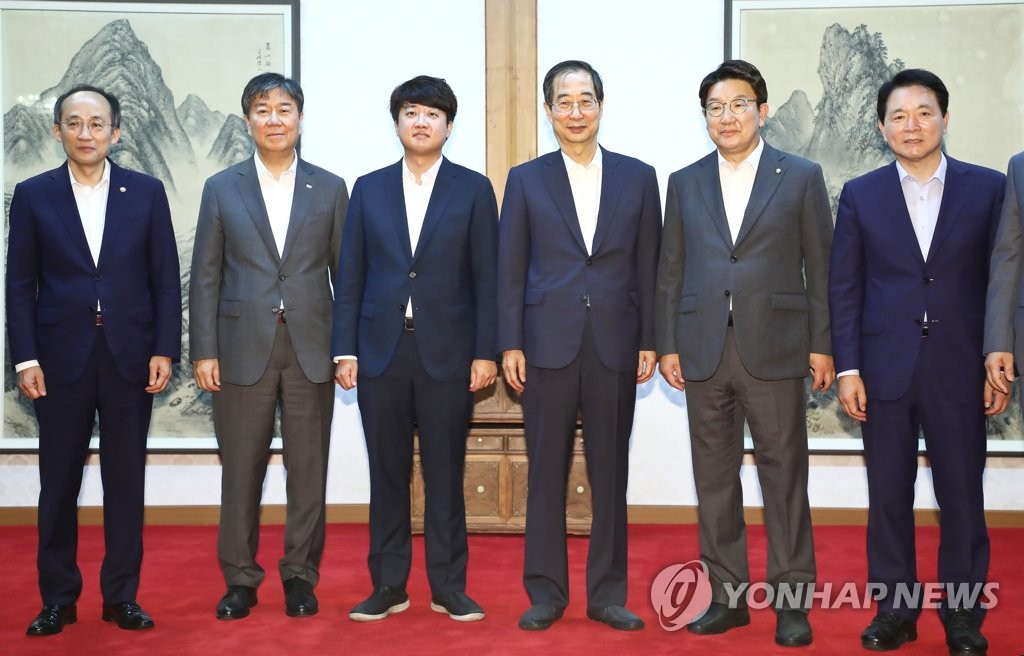 "In addition to these short-term measures to stabilize people's lives, in order to increase our growth potential and increase economic productivity, we must solve a number of issues, such as regulatory innovation and institutional advancement," Han said.

Han urged the government and the PPP to become "one team" in order to better cope with economic challenges.

It was the first time that senior policymakers from the PPP, the government and the presidential office held a meeting for policy coordination since the Yoon Suk-yeol administration was inaugurated in May.

Kweon asked Han to make more efforts to boost cooperation between the PPP and the main opposition Democratic Party, saying that such cooperation is needed to pass bills to resolve pending issues regarding people's living conditions.