SEOUL, July 6 (Yonhap) -- South Korea's central bank is expected to further raise its key interest rate by a combined 0.75 basis point to as high as 2.5 percent down the road to rein in inflation, an economist at global credit appraiser S&P Global Ratings said Wednesday.

S&P's Asia-Pacific chief economist Louis Kuijs said the Bank of Korea (BOK) is expected to hike policy rate at next week's policy meeting, with market players looking at the possibility of a "big-step" increase of 50 basis points.

"We expect in our recently published forecasts the BOK to raise rates by another 75 basis points. That is taking into account the traditional view on where South Korea's long-term neutral rate is ... which most people think is around 2.5 percent," Kuijs told reporters at a webinar.

A neutral rate refers to a theoretical interest rate that neither limits nor bolsters growth.

South Korea faces mounting inflationary pressure due largely to surging energy costs. Consumer prices jumped 6 percent on-year in June, the fastest rise in nearly 24 years and accelerating from a 5.4 percent spike in May.

High inflation intensified expectations that the BOK could deliver an unprecedented "big-step" rate increase of 50 basis points at the July 13 policy meeting.

Kuijs said the BOK could "feel the need to raise its policy rate above the long term equilibrium" of 2.5 percent, if the South Korean currency continues to fall against the U.S. dollar or energy prices further increase.

S&P on Monday forecast its 2022 inflation outlook for South Korea at 5 percent, higher than the 4.5 percent estimate by the BOK and the 4.7 percent forecast by the South Korean government.

The ratings agency raised its 2022 growth forecast for Asia's fourth-largest economy to 2.6 percent from its April estimate of 2.5 percent. 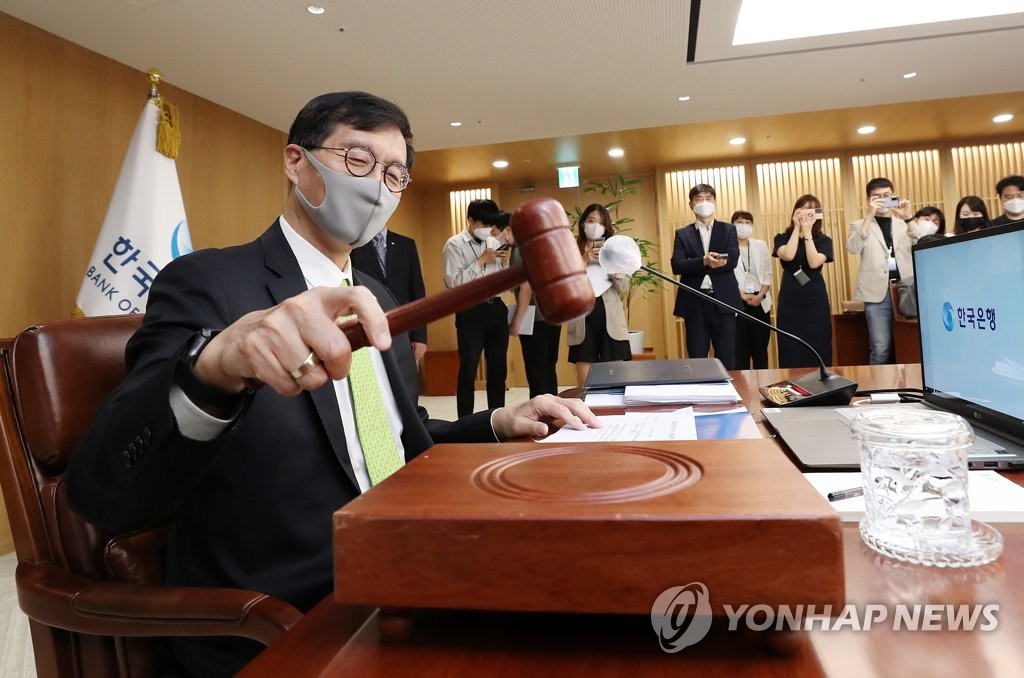