SEOUL, July 6 (Yonhap) -- Hong Jang-pyo, the chief of the state-run think tank Korea Development Institute (KDI), offered to resign Wednesday as the new Yoon Suk-yeol government and ruling party have been heaping pressure on top officials appointed by the former administration to leave.

Hong, an architect of income-led growth policy under the previous Moon Jae-in government, made the decision after Prime Minister Han Duck-soo called for his immediate resignation last week, saying that the government and KDI should be on the same page when it comes to policies and major issues.

"There is no reason for me to stay as the KDI president any more if the prime minister does not listen to my opinions," Hong said.

Hong stressed that state-run think tanks should be guaranteed autonomy in doing research and the chiefs of such institutes need to complete their terms regardless of changes in governments.

Hong was appointed to the post in May 2021 with a three-year term.

In recent weeks, the Yoon government, which took office in May, and the ruling People Power Party have urged officials appointed by the previous government to leave voluntarily, citing the need to ensure the stable operation of state affairs. 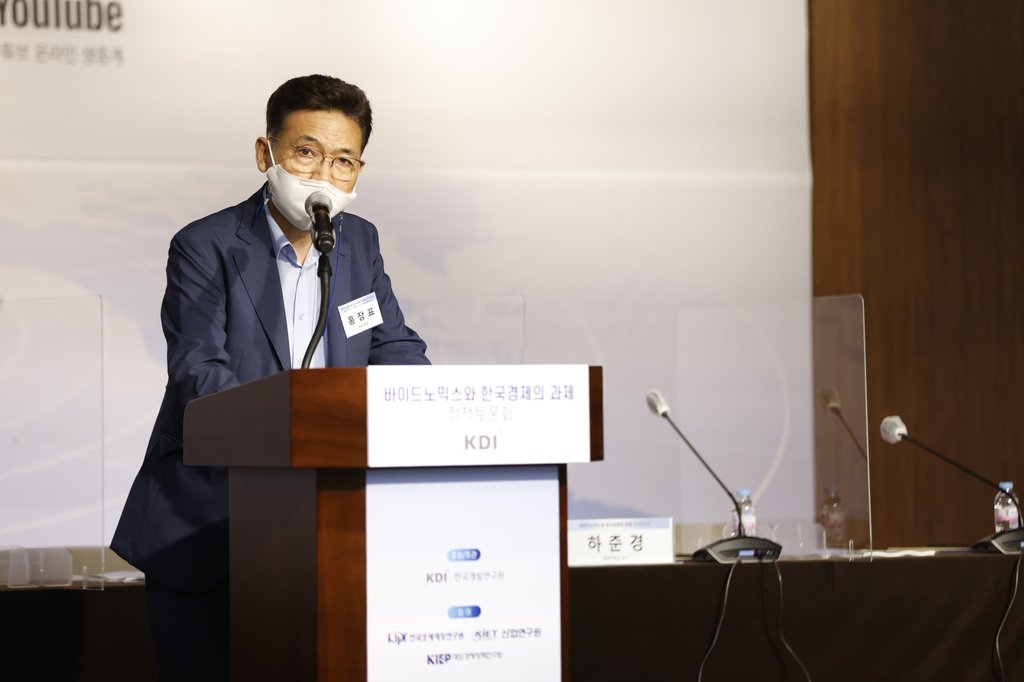