SEOUL, July 6 (Yonhap) -- President Yoon Suk-yeol vowed Wednesday to support the growth of the space industry and use the country's expertise in the area to develop other businesses.

Yoon made the remark while visiting the Korea Aerospace Research Institute (KARI) in the central city of Daejeon to celebrate the successful launch of the homegrown space rocket Nuri on June 21.

With the launch, South Korea became the seventh country in the world to develop a space vehicle that can carry a satellite of more than 1 ton. 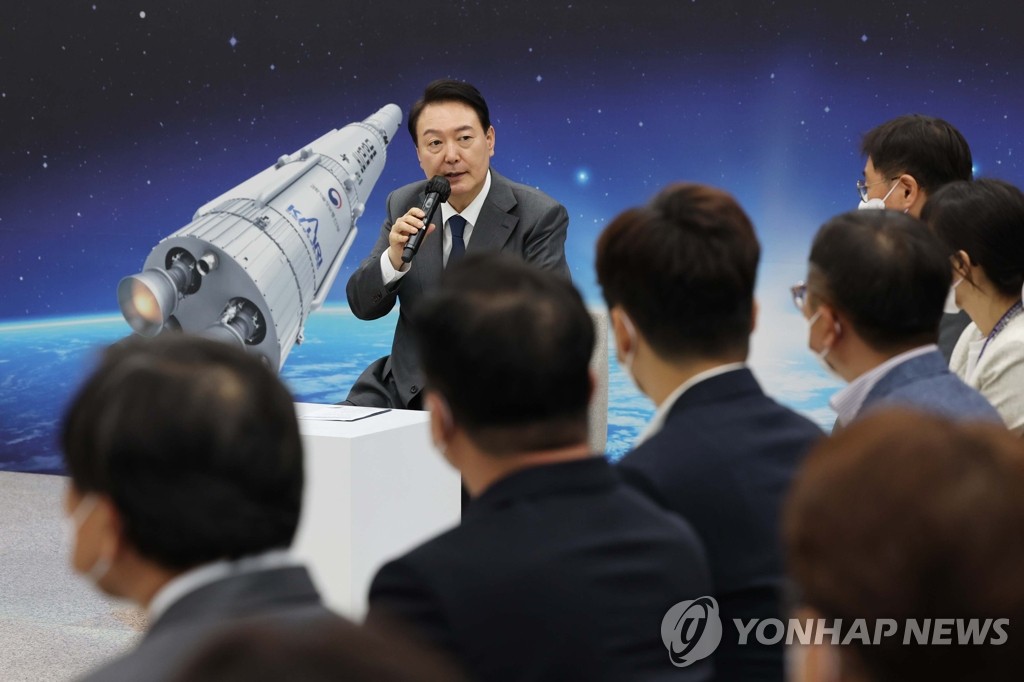 "It is not an overstatement to say our future depends on space," Yoon was quoted as saying while pledging to "boldly invest in opening a 'space economy' era in earnest and to systematically support the aerospace industry through the establishment of an aerospace agency."

Yoon called for boosting the competitiveness of the space industry by transferring the technologies that were used to successfully launch the Nuri to businesses.

"He also said we must use the Korean Positioning System and 6G communication satellites to develop new service industries in earnest, such as the autonomous car, drone and Urban Air Mobility industries," the presidential office said.