SEOUL, July 6 (Yonhap) -- The South Korean currency fell to the lowest level against the U.S. dollar in nearly 13 years on Wednesday as investors chased safer assets amid growing fears about a global recession.

The local currency fell to as low as 1,311 against the dollar at one point but pared its earlier weakness in the afternoon trade as investors were wary of foreign exchange authorities' intervention.

Market volatility has recently increased as demand for safer assets, such as the dollar, increased amid the Federal Reserve's aggressive rate hikes and fears that such monetary tightening could precipitate a global recession.

Overnight, the yield on the two-year U.S. Treasury rose above that of the 10-year government bond, resulting in a yield curve inversion that signals a possibility of the U.S. economy slipping into a recession.

Seoul's stocks tumbled to the lowest in 20 months Wednesday as investors were gripped by recession fears. The benchmark KOSPI sank 49.77 points, or 2.13 percent, to end at 2,292.01. Foreigners sold a net 313.8 billion won (US$240 million) worth of local stocks.

The won's slide on Wednesday came after the local currency fell below the 1,300-won level against the dollar for the first time in nearly 13 years on June 23.

The 1,300-won level has been regarded as a symbolic resistance level that has not been breached since the 2008-09 global financial crisis. Economic policymakers have recently said the won's weakness below the level is not seen as a sign of economic crisis, citing South Korea's economic fundamentals.

South Korea's foreign reserves fell by the largest amount in more than 13 years in June as foreign exchange authorities unloaded the dollar to help stem the won's sharp weakness.

The country's foreign reserves had stood at $438.28 billion as of the end of June, down $9.43 billion from the previous month, according to central bank data.

The Bank of Korea earlier said foreign exchange authorities sold a net $8.31 billion during the first quarter as part of "market stabilization" efforts that apparently refer to dollar-selling aimed at defending the won's value. 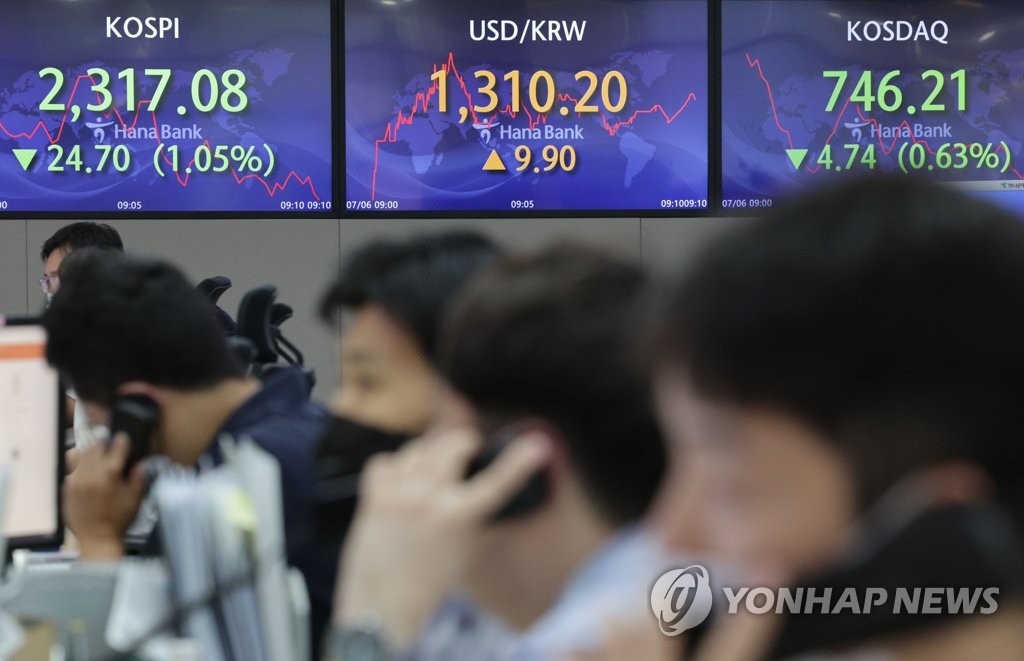