Local news outlets reported Tuesday that the wife of Lee Won-mo, presidential secretary for personnel affairs, traveled to Madrid ahead of the president and the first lady and handled Kim's schedule while staying at the same hotel as the couple.

The reports fanned suspicions that the first lady has been relying on personal and secret connections to carry out official activities in the absence of the first lady's office, which was abolished by Yoon. 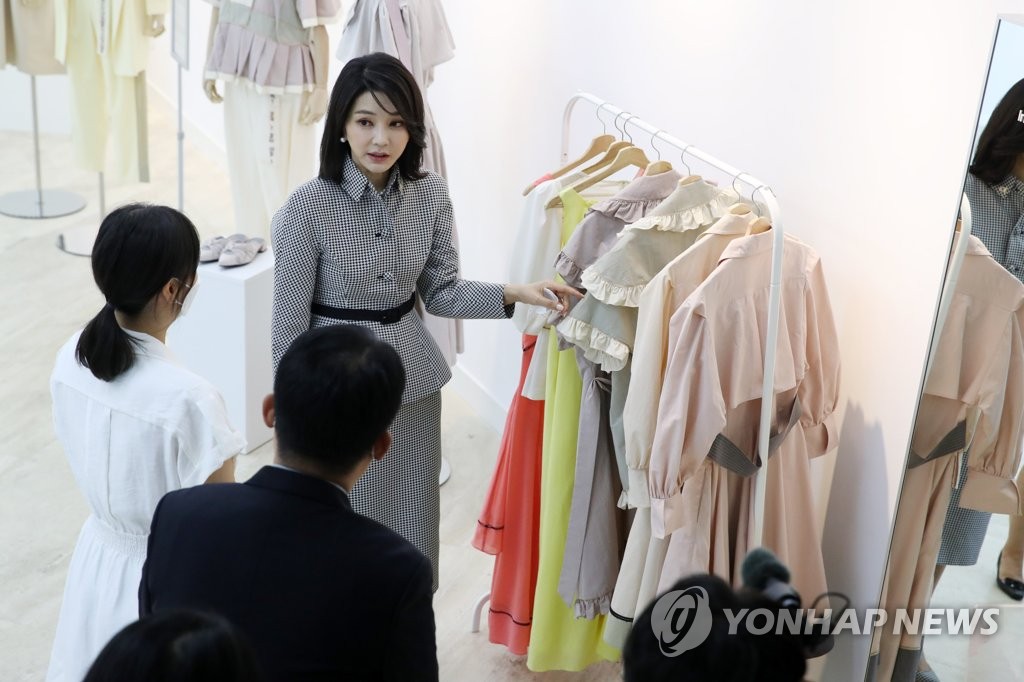 "She was involved in planning and supporting the overall trip, and she did not travel to accompany first lady Kim or because of her schedule," a presidential official told reporters. "Not once did she accompany the first lady."

The official explained that Lee's wife was asked to take part in planning the visit because she is fluent in English and has experience living abroad and planning and hosting international exchange programs.

Moreover, she has known the president and the first lady for a long time and was therefore believed to have insight into their wishes, which she could then incorporate into planning events, the official said.

Lee is a former prosecutor who joined Yoon's presidential campaign and went on to work on the transition committee. Yoon was a prosecutor his entire career until last year.

"She was going to apply for a job at the presidential office, but after her husband was confirmed as the secretary for personnel affairs, she ultimately turned it down because of a possible conflict of interest," the official said.

First lady was not accompanied by wife of presidential aide in Spain: official

First lady was not accompanied by wife of presidential aide in Spain: official