(ATTN: UPDATES with response from former spy chief in paras 6-7)
By Yi Wonju

The National Intelligence Service (NIS) filed a complaint with the Supreme Prosecutors Office against Park Jie-won for "deleting intelligence-related reports without authorization" in regard to North Korea's killing of a South Korean fisheries official in 2020.

Park, formerly a longtime lawmaker, is accused of abusing his authority and unlawfully destroying public electronic records during his stint as director of the NIS under the previous liberal Moon Jae-in administration.

In September 2020, Lee Dae-jun, then 47 years old, was fatally shot by the North's coast guard near the Yellow Sea border between the two Koreas, a day after going missing while on duty on board a fishery inspection boat.

A storm of controversy has stirred up here since the South's Coast Guard and the defense ministry recently announced that they have not found any concrete evidence backing the probe results from two years ago that the official might have attempted to defect to North Korea. It marked an about-face from their relevant assessments made public under the Moon government.

Park dismissed the allegations, saying that he knew nothing of them.

"(The allegations) are completely groundless," he told Yonhap News Agency over the phone. "(Filing such a complaint) is also a needless thing for the NIS to do."

The spy agency also requested that the prosecution service look into a suspicion that Suh Hoon ordered an early end to an internal investigation into the case of two North Korean fishermen who were sent back to the North in November 2019 after being captured near the eastern inter-Korean sea border.

Suh worked as head of the NIS from 2017 to 2020 and then served as Moon's national security advisor for two years. South Korea went through a power change to the conservative Yoon Suk-yeol administration via the March 9 presidential election. Yoon has pledged to get tough on North Korea if it continues provocative acts. 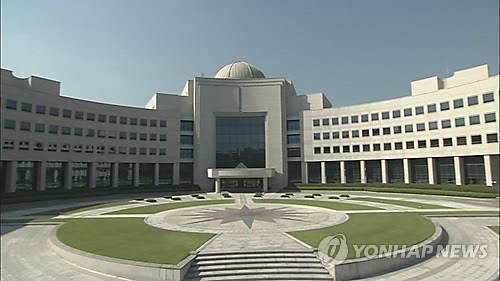