SEOUL, July 7 (Yonhap) -- The Korea Music Content Association (KMCA) said Thursday it has renamed its Gaon Chart, the country's official pop music chart, as Circle as part of efforts to develop it into a global K-pop chart.

Founded in 2010, Gaon has served as the only officially recognized music chart in South Korea like Billboard in the United States and Oricon in Japan, using various online and offline songs and albums sales data mainly from music services and distributors at home.

Apart from the music industry's trust in the chart sponsored by the culture ministry, the public awareness of it has been low, especially among those who are not music fans.

"The Gaon Chart has changed its name to the Circle Chart to get rid of its image as a domestic music chart and collect K-pop related data from all around the world," the KMCA said during a media event in Seoul to announce its measures to reform the chart. "For this, we have signed partnership deals with YouTube, TikTok, Spotify and Apple Music to obtain their data." 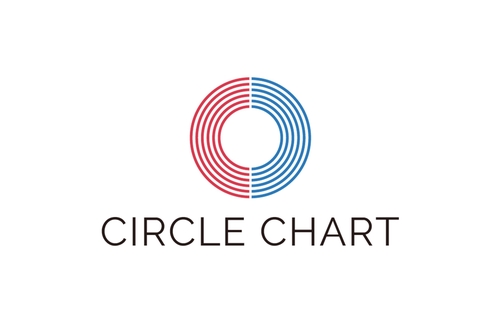 The deals opened the way for the association to legitimately collect K-pop sales data from global streaming services in addition to domestic streamers, such as Melon, Genie, Bugs, Flo and Vibe, according to the KMCA.

From Thursday, the Circle Chart began providing the Global K-pop Chart that ranks the most-streamed songs around the world. The first-ever chart-topper for this week was "More" by BTS rapper-dancer J-Hope.

Also as part of the plans, the KMCA decided to unveil album sales data on a weekly basis, too, opening the way for confirming first-week sales data of new albums. It is considered an important standard for measuring an artist's popularity or the size of his or her fandom. The local music industry has so far depended on Hanteo Chart to get the first-week sales numbers.

The industry will also become able to guess the shares of an artist's domestic and international fans as Circle's retail albums charts will now separately provide a certain album's domestic and overseas sales data.

"We'll make the Circle Chart, rebranded from the Gaon Chart, serve its role in unifying K-pop fandoms across the globe and spreading the positive influence of K-pop," Choi Kwang-ho, secretary general of the KMCA, said. "We'll also make it a K-pop big data hub or a window for more accurate information to be used in the industry."