SEOUL, July 7 (Yonhap) -- The presidential office said Thursday there was no conflict of interest in hiring a relative of President Yoon Suk-yeol to work at the office under any provision stipulated by law.

Local broadcaster KBS reported Wednesday that a man surnamed Choi has been working in the office of the private secretary to the president and that he and Yoon are third cousins, as Choi's father and Yoon's mother are second cousins.

The report came on the heels of a separate controversy over whether it was appropriate for the wife of presidential secretary for personnel affairs Lee Won-mo, who does not have any title, to handle and organize events during Yoon and first lady Kim Keon-hee's visit to Spain last week. 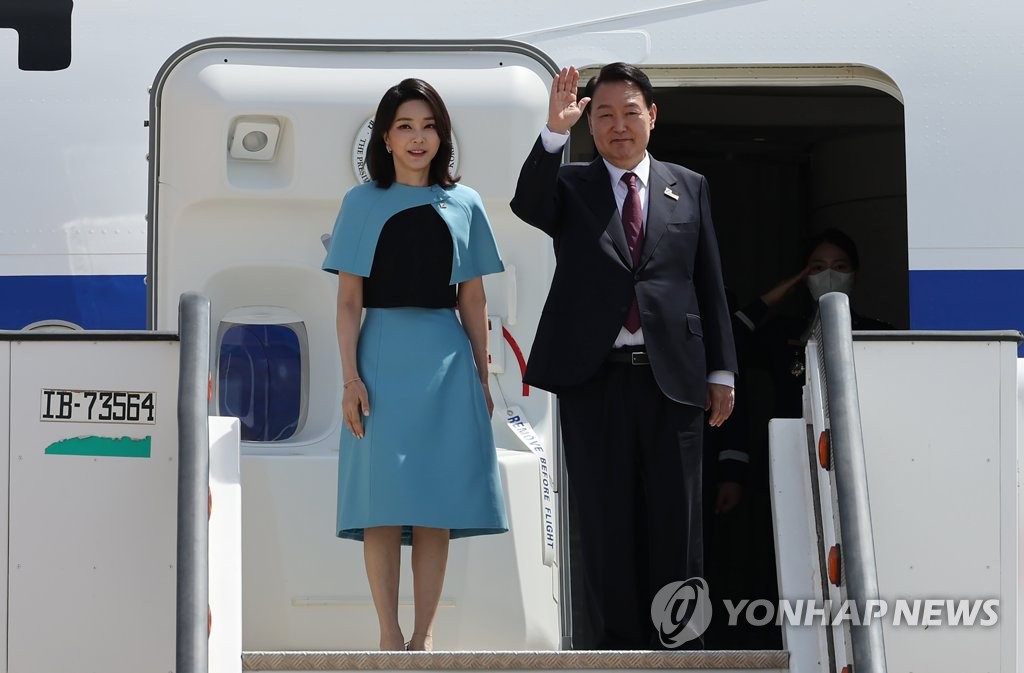 The president attended the North Atlantic Treaty Organization summit in Madrid, while the first lady took part in an official program for spouses of leaders attending the NATO summit and other individual events.

Choi's main job has reportedly been to assist the first lady while heading a team in charge of work related to what will be the president's new official residence.

"According to the Act on the Prevention of Conflict of Interest enacted by the National Assembly, there is no contradiction at all," a presidential official told reporters, explaining that the law only restricts the hiring of close relatives, such as a spouse, lineal blood relatives and siblings.

"This bill wasn't made out of nowhere. It was enacted because it was determined that in these cases it would go against public sentiment," the official said.

If a third cousin falls under that category, the law should be revised, the official added.

On characterizations of Choi as a "secret" connection to the president, the official argued such a description would only fit someone who is working from outside an official organization.

"Describing an official duty as secret is clearly false and malicious reporting," the official said.