(ATTN: UPDATES with plan for S. Korea-China talks in paras 5-6)

SEOUL/ BALI, July 7 (Yonhap) -- South Korean Foreign Minister Park Jin is scheduled to hold trilateral talks with his American and Japanese counterparts on the sidelines of a Group of 20 (G-20) session in Indonesia this week, his ministry announced Thursday.

It would mark Park's first in-person group meeting with Secretary of State Antony Blinken and Foreign Minister Yoshimasa Hayashi since taking office in May, another show of the regional powers' efforts to bolster their security cooperation amid North Korea's unrelenting saber-rattling.

Their talks will be held in Bali on Friday afternoon, according to the ministry's deputy spokesperson Ahn Eun-joo.

But it remains undecided whether Park will have a separate formal bilateral meeting with the Japanese minister, she added.

It would serve as an opportunity for "candid discussions" on various issues of mutual concern, including ways for "mature and healthy" relations between the two sides, Park told reporters upon arriving on the Indonesian island. 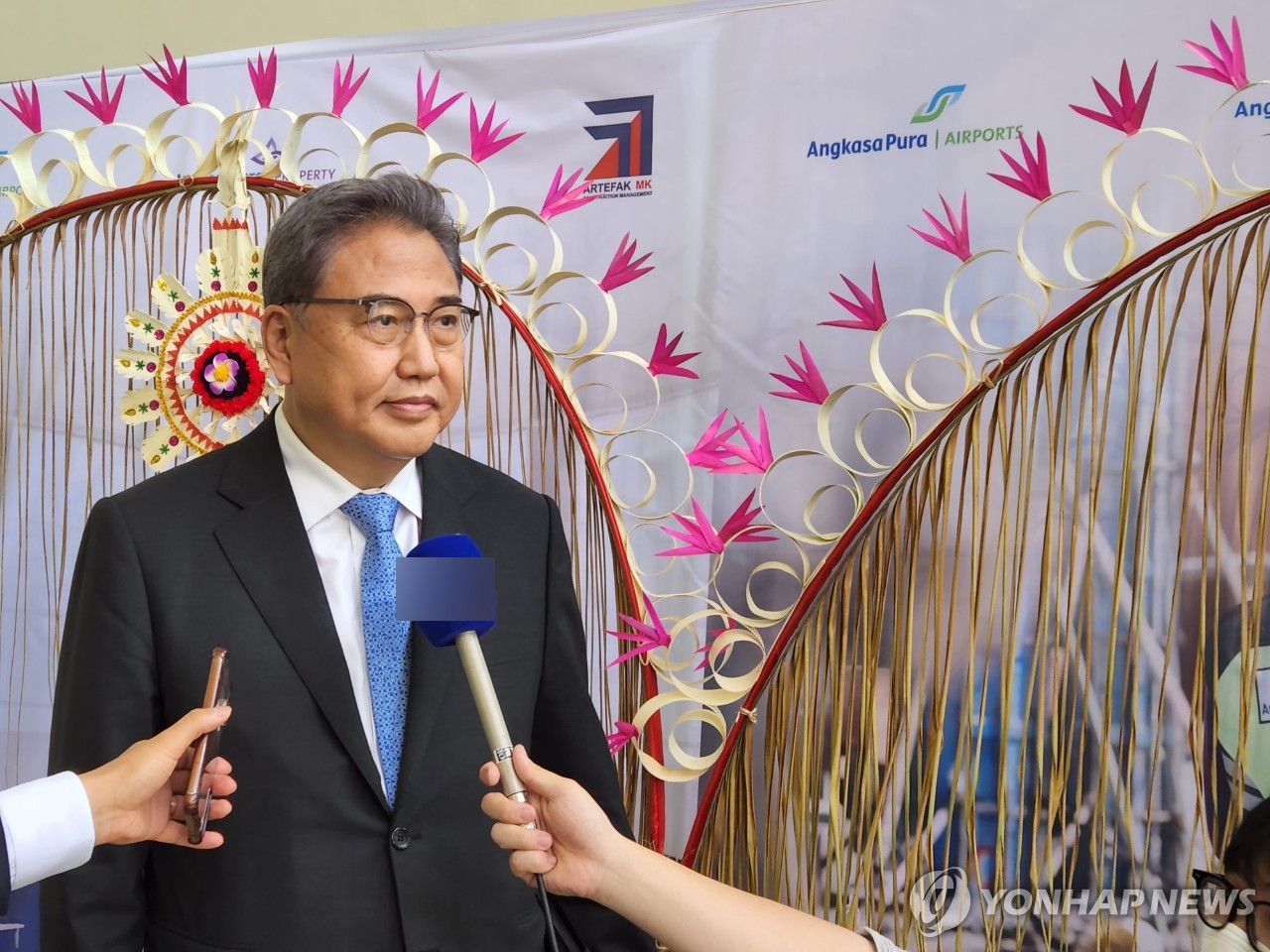 He said, "I think I will also emphasize that China's role is of importance in order to resolve the North Korean nuclear issue."

Park is likely hold a series of bilateral talks as well with his counterparts from Indonesia, Australia and the European Union and multilateral talks with the other members of the MIKTA middle-power group -- Mexico, Indonesia, Turkey and Australia -- while staying in Bali.