SEJONG, July 8 (Yonhap) -- Prime Minister Han Duck-soo has defended his remarks that led to a resignation offer by the head of the Korea Development Institute (KDI), a state-run think tank, who was appointed by the previous Moon Jae-in administration.

KDI President Hong Jang-pyo, an architect of the income-led growth policy under the Moon government, tendered his resignation earlier this week, days after Han called for Hong to step down, saying the government and KDI should be on the same page when it comes to policies and major issues.

The main opposition Democratic Party (DP) criticized that such remarks are tantamount to abuse of power.

Asked about the DP's criticism, Han told reporters Thursday, "I think, in short, I talked about common sense."

Han said he would accept the DP's criticism.

"I think they also said it in line with common sense," he said.

Lawmakers of the ruling People Power Party have ramped up pressure on high-level officials appointed by the previous administration, urging them to give up their positions for the incumbent government's stable operation.

With regard to soaring prices that take a bite out of people's pocketbooks, Han said the only measure is gradual rate hikes.

"We have no choice but to raise interest rates little by little to reduce demand," Han said.

Although recession worries abound over rate hikes, Han played down worries that the economy may be headed for a recession, saying it is "uncertain" about whether the economy will fall into a recession. 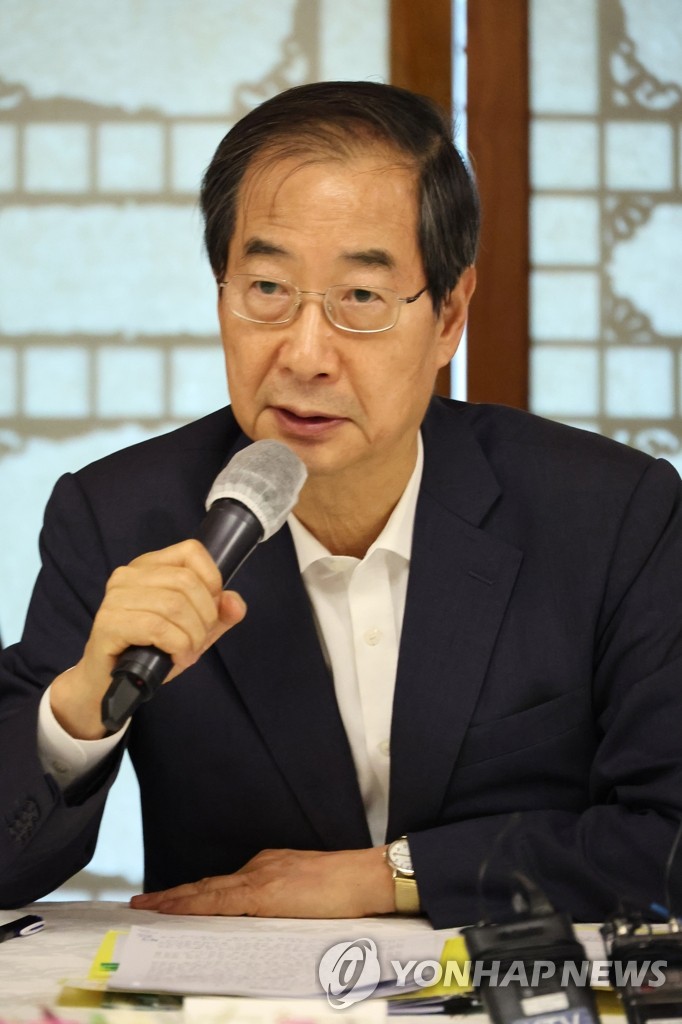