SEOUL, July 8 (Yonhap) -- Rising rookie band aespa's upcoming new album has received the most preorders of any album by a K-pop girl group, with more than 1.61 million copies, its agency said Friday.

The EP has a total of nine tracks, including the title track "Girls" and the English and Korean versions of "Life's Too Short," the band's first English-language single prereleased on June 24. Also among the tracks are three other new songs "Illusion," "Lingo" and "ICU" and the band's previous hits "Black Mamba," "Forever" and "Dreams Come True."

"We were surprised and happy to hear the news that preorders for our second EP 'Girls' have exceeded 1.61 million copies," aespa said through its agency. "Thank you from the bottom of our hearts, and we will be aespa that shows better music and performances in the future."

aespa will give a live performance of the album's tracks and communicate with fans on its channels on YouTube and TikTok on Monday night. 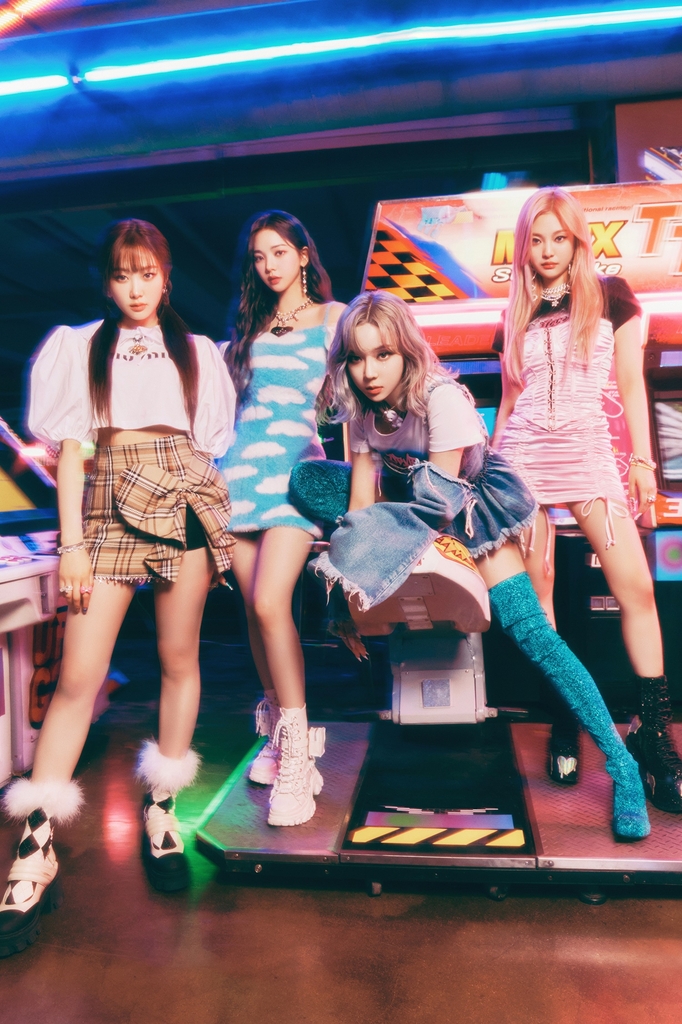