The government will remove tariffs on 100,000 tons of imported beef and 82,500 tons of chicken starting this month, as well as on imported pork, powdered milk, coffee beans, green onions and ethanol materials, according to the finance ministry.

The government began implementing the emergency zero-tariff scheme this year in the wake of surging consumer prices, and a total of 26 major industry and food items, including cooking oil, pork and liquefied natural gas, are currently subject to it.

The extension decision came after the country's consumer prices rose 6 percent on-year in June, the fastest clip in nearly 24 years, due mainly to surging fuel costs.

The decision was announced after the first emergency economic and public livelihood meeting presided over by President Yoon Suk-yeol earlier in the day. 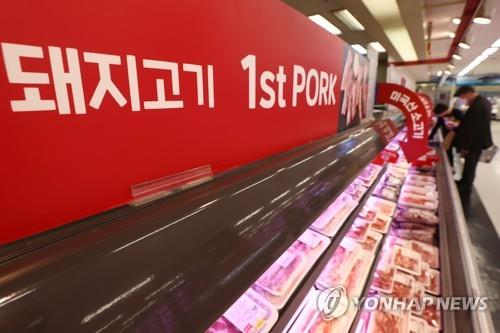 The tariff rate on imported beef is set at 40 percent, and the rates for U.S. beef and Australian products stand at 10.6 percent and 16 percent, respectively, in accordance with free trade deals.

The government forecast that the tariff removal would bring down the imported beef prices up to 8 percent, as U.S. and Australian beef accounted for nearly 90 percent of South Korea's total beef imports.

As for pork, the government will increase the tariff quota from 10,000 to 30,000 tons over the expected growth in demand in summer.

The zero tariff on imported chicken is also expected to help stabilize people's living conditions, as 94 percent of the country's chicken imports come from Brazil and Thailand, which are levied with about a 20-30 percent tariff, according to the ministry.

The government also decided to raise the quota for lower-duty tariffs on imported soybeans and sesame.

Combined, the extended quota tariff scheme has an effect of extending support worth 329 billion won (US$252.9 million), the ministry said, adding that the measures could be implemented after July 19 at the earliest following a Cabinet meeting slated for the day.

The government also came up with a series of measures to ensure stable supplies of agricultural and fisheries products and to stabilize the prices.

It vowed to support domestic livestock farms with the cost of slaughter and other expenses so as to help bring down production costs.

The government will release reserves of major products, including potato, garlic, onion and pollack, according to the ministry.

An additional 480 billion won will be earmarked for financial support to low-income households, it added.

"The government must stabilize people's livelihoods as a matter of life and death. ... We are currently in an emergency. I ask you to come up with all possible measures," Yoon told officials during Friday's meeting. 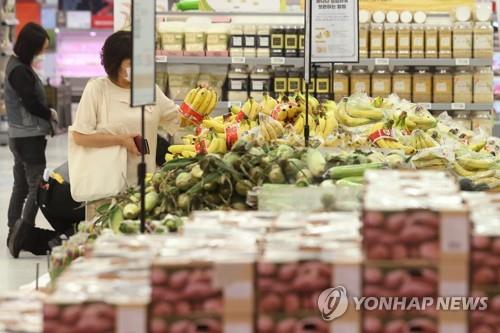