SEOUL, July 8 (Yonhap) -- President Yoon Suk-yeol on Friday expressed condolences over the death of former Japanese Prime Minister Shinzo Abe, who was fatally shot by a gunman during a campaign event.

"I express condolences and consolation to the bereaved family and the Japanese people over the death of the longest-serving prime minister in Japan's constitutional history who was a respected politician," Yoon said in a message to Abe's wife Akie Abe.

Abe was pronounced dead in the afternoon, hours after he was shot while making a campaign speech on a street in Nara, western Japan.

Yoon condemned the shooting as an "unpardonable act of crime" and expressed deep sorrow and shock, according to the presidential office. 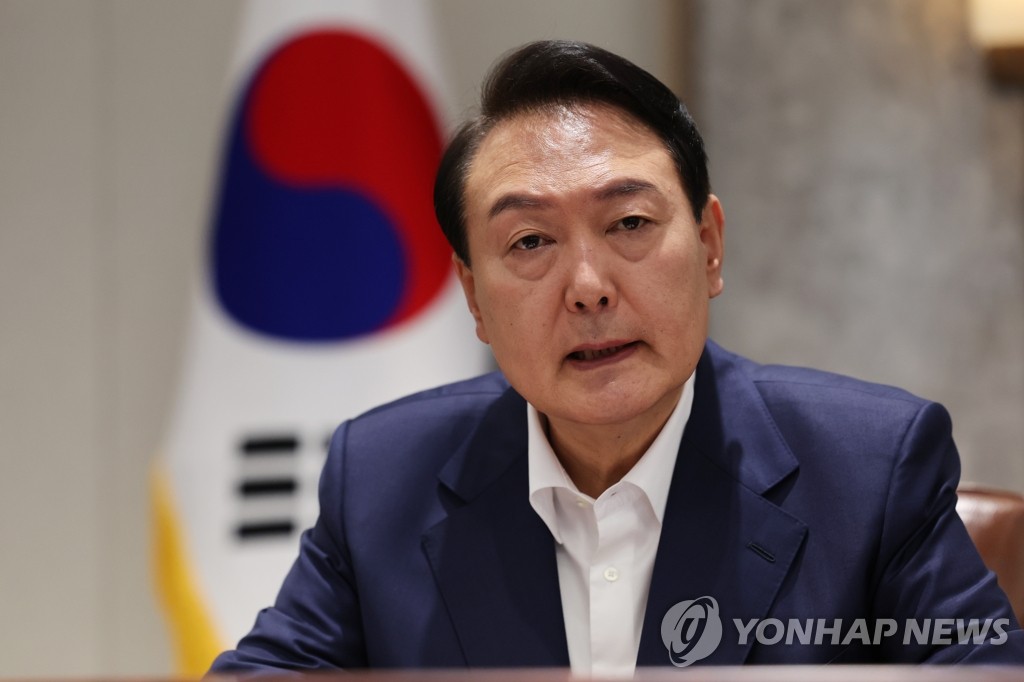