The number of its monthly mobile users reached 4.02 million in June, up 5.4 percent from the previous month's 3.81 million, according to the data compiled by IGA Works.

It is Tving's first on-month increase in the monthly figures in 2022, as the local streamer experienced a steady decline from 4.19 million users in January and 3.98 million in February.

Thanks to the ongoing popularity of the action drama film "Top Gun: Maverick" in theaters, the 1986 prequel "Top Gun" rose to No. 1 on the most-viewed title on Tving's weekly chart in the first week of July. 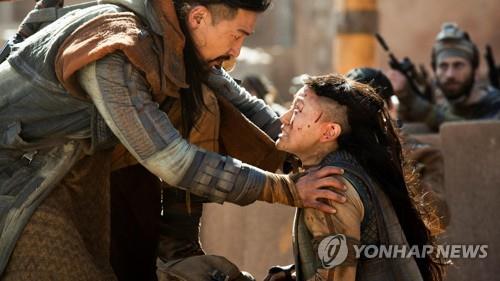 In June, meanwhile, Netflix, the No. 1 service provider in South Korea, hit 11.18 million mobile users, down slightly from 11.26 million a month earlier. From January, its monthly users fell nearly 10 percent from 12.41 million as the COVID-19 pandemic has wound down.