The value of bonds sold in Asia's fourth-largest economy came to 71.4 trillion won (US$54.9 billion) last month, down 4.4 trillion won from a month earlier, according to the data from the Korea Financial Investment Association.

Sales of corporate bonds were similar to the previous month's level, but those of state, special and financial bonds shrank.

There was also a decline in the issuance of environment, social and governance bonds, which are a type of sustainability debt offering aimed at financing corporate activities in environmentally friendly and sustainable projects.

Interest rates remained high in June, as the U.S. Fed was expected to carry out a "giant-step" hike of 75 basis points again in July to curb soaring inflation, with the Bank of Korea forecast to conduct a "big-step" increase of 50 basis points.

Foreign investors bought a net 11.4 trillion won worth of South Korean bonds in June, with their holdings of local bonds hitting an all-time high of 229.4 trillion won, up 3.5 trillion won from the prior month.

As of end-June, the value of outstanding bonds in the country had stood at 2,560.3 trillion won, down 11.9 trillion won from the previous month. 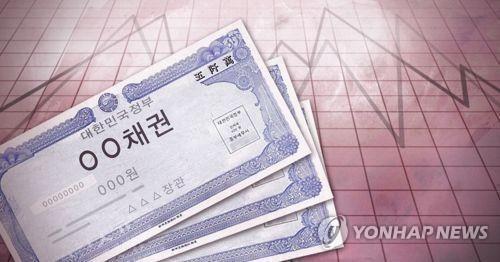