In a meeting with reporters, new Joint Chiefs of Staff Chairman Gen. Kim Seung-kyum commented on his visit last week to a unit of the Army Missile Strategic Command, which he said was designed to deliver such a warning.

"As North Korea has undertaken various strategic provocations and is threatening the Republic of Korea ... I thought I should send a different message to the enemy," Kim said, referring to South Korea by its official name.

"Missiles that our Republic of Korea possesses are at a considerable level. I thought (the visit) carried and should carry a warning message that (South Korea) is capable of sending a fatal blow to the enemy," he added.

Kim referred to the North as an enemy but noted that there is no need to call it an enemy or antagonize it should it not pose any threat.

"Soldiers exist to protect the nation from enemy threats, provocations and invasion," he said.

The top uniformed officer also stressed the importance of exercising the "right to self-defense" based on "basics and principles" in case of enemy provocations.

"If an enemy provokes, we conduct operations based on our right to self-defense. You don't need to ask a question on whether to exercise that right," he said, apparently highlighting the role of lower-level field officers responding to North Korean provocations.

Kim, former deputy commander of the South Korea-U.S. Combined Forces Command, took office on Tuesday amid growing concerns about the possibility of Pyongyang conducting what would be its seventh nuclear test or other provocative acts. 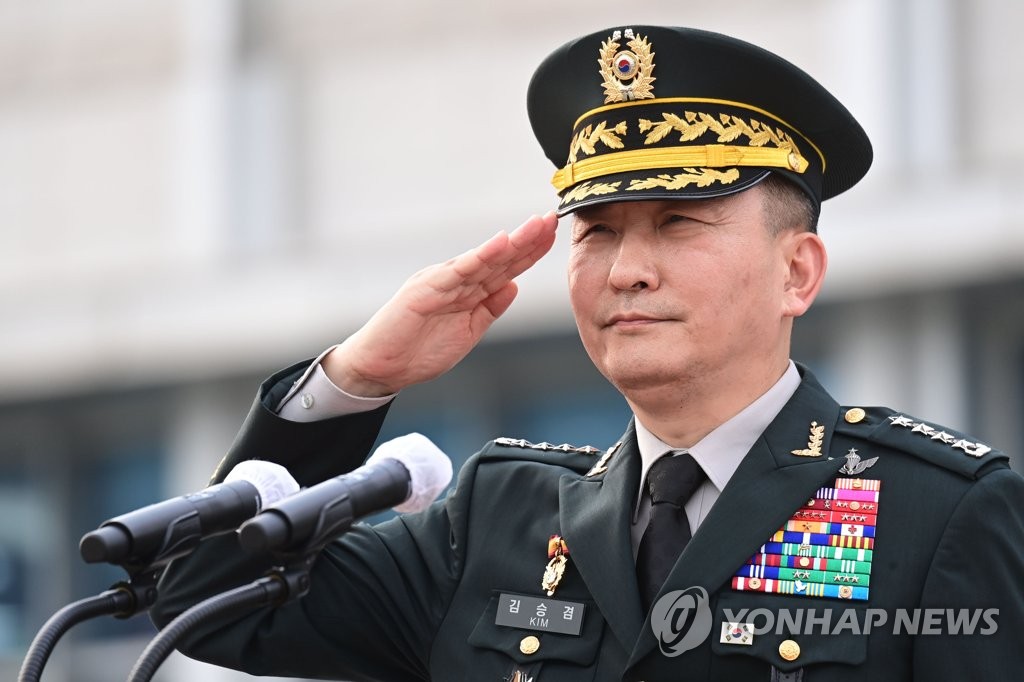