Banks' outstanding household loans had come to 1,060.8 trillion won (US$808.3 billion) as of end-June, up 300 billion won from a month earlier, according to the data from the Bank of Korea (BOK).

It marked the third straight month of rises, but the amount grew at a slower pace than in May, when the corresponding figure rose 400 billion won. 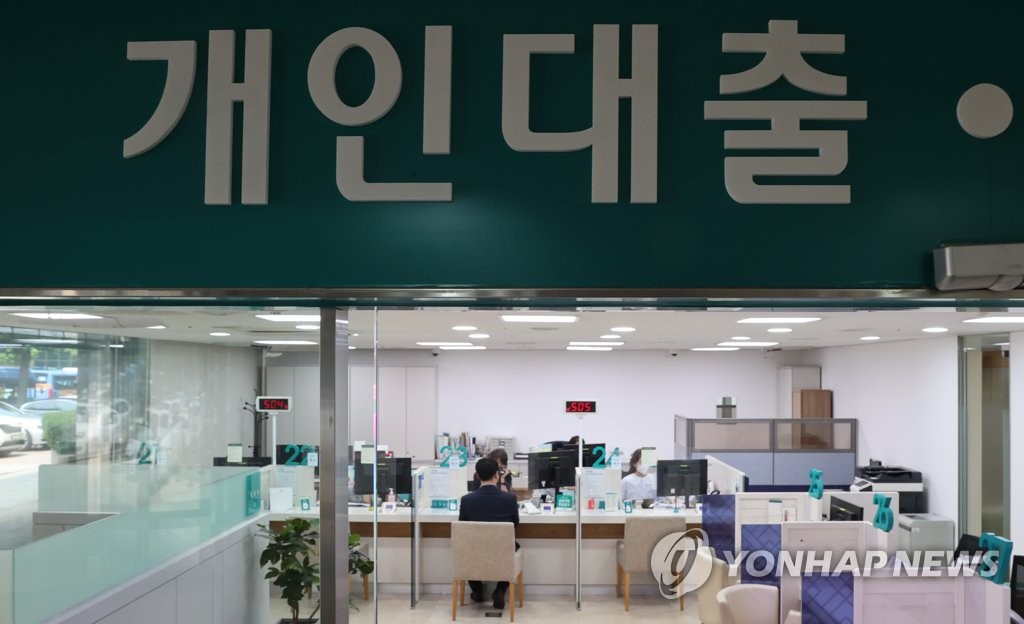 Borrowing costs have been on the rise as the BOK has raised the policy rate in a bid to tame inflation and curb household debt.

In May, the BOK hiked the rate by a quarter percentage point to 1.75 percent, the fifth increase since August last year. The central bank will hold its rate-setting meeting Wednesday, with market players looking at the possibility of an unprecedented "big-step" hike of 50 basis points.

Household loans extended by banks and non-banking institutions grew by 700 billion won on-month in June, slowing from a 1.7 trillion won gain the previous month, according to separate data by the Financial Services Commission.

But in the first half, such household loans fell 800 billion won from six months earlier, marking the first half-year decline since 2015, when the financial regulator started compiling related data.

Meanwhile, banks' corporate lending rose for the sixth straight month in June as lenders ran loan programs to help businesses cope with a fund shortage amid the pandemic.

Their corporate loans had stood at 1,125.2 trillion won as of end-June, up 6 trillion won from a month earlier, the BOK data showed. It marked the largest increase for any June since 2009, when the central bank began compiling related data.