The two groups representing them, the Mt. Kumgang Enterprise Association and the Mt. Kumgang Investment Company Association, made the call, pinning the blame for the suspension on past governments' policy decisions irrespective of their intentions.

The tour program, a rare symbol of cross-border cooperation, came to a halt in 2008 when a South Korean tourist was shot to death by the North Korean military. Pyongyang claimed she had ventured into an off-limits military area.

"With the tour program to Mount Kumgang at a halt for 14 years, we have been driven into a situation where we can no longer resume it," the groups said in a joint statement marking the anniversary of the tours' suspension.

"The majority view among businesspeople involved in the Mount Kumgang project is that rather than giving false hope, this needs to be settled at this point," it added.

They urged the Seoul government and the National Assembly to craft a special bill aimed at ensuring businesspeople can get all of their investments back, and have their loans and interests canceled.

Their demand stood in stark contrast with their earlier demand that the tours to the mountain resort resume immediately. 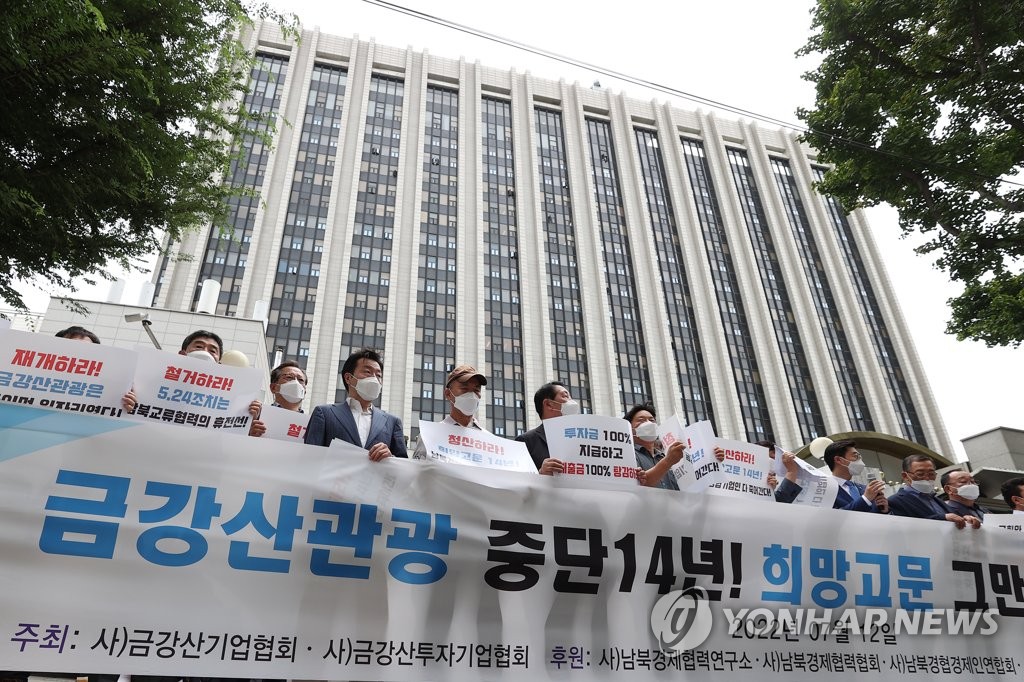 Earlier this year, satellite imagery indicated the North had started removing the facilities, once a symbol of inter-Korean reconciliation, such as the floating Haegumgang Hotel.

An official at Seoul's unification ministry said the government will seek ways to support the businesses.

"The government has continuously made efforts to minimize losses for companies through special loans and support in administrative expenses," the official told reporters on condition of anonymity. "We will continue to collect comments from companies and actively find ways for substantive help."