Seoul Festa 2022, the first edition of the festival, will kick off on Aug. 10 for a five-day run across the city with a bid to jump-start the recovery of tourism in the capital city.

This year's event will feature, most notably, the ABB FIA Formula E World Championship, a world-class electric vehicle racing competition, set for Aug. 13 and 14 in and around Jamsil Sports Complex in southeastern Seoul.

The Seoul race, named Seoul E-Prix, is the final competition of the championship's 2021-22 season and the city's first-ever Formula E hosting.

In the festival's opening concert, scheduled for Aug. 10 at a stadium of Jamsil Sports Complex, a group of K-pop stars, including RAIN, NCT Dream and Le Sserafim, will heat up the stage.

From Aug. 10 through the end of the month, the city will also host Seoul Shopping Festa across the city, involving some 3,000 department, duty-free and online stores to offer up to 50 percent discounts on shopping items.

"Seoul Festa will send up a signal flare for the recovery of tourism in Seoul," Mayor Oh Se-hoon said.

The mayor said the city plans to regularly hold Seoul Festa in May every year starting in 2023, pledging to increase the annual number of foreign tourists to Seoul to 28 million in four years. 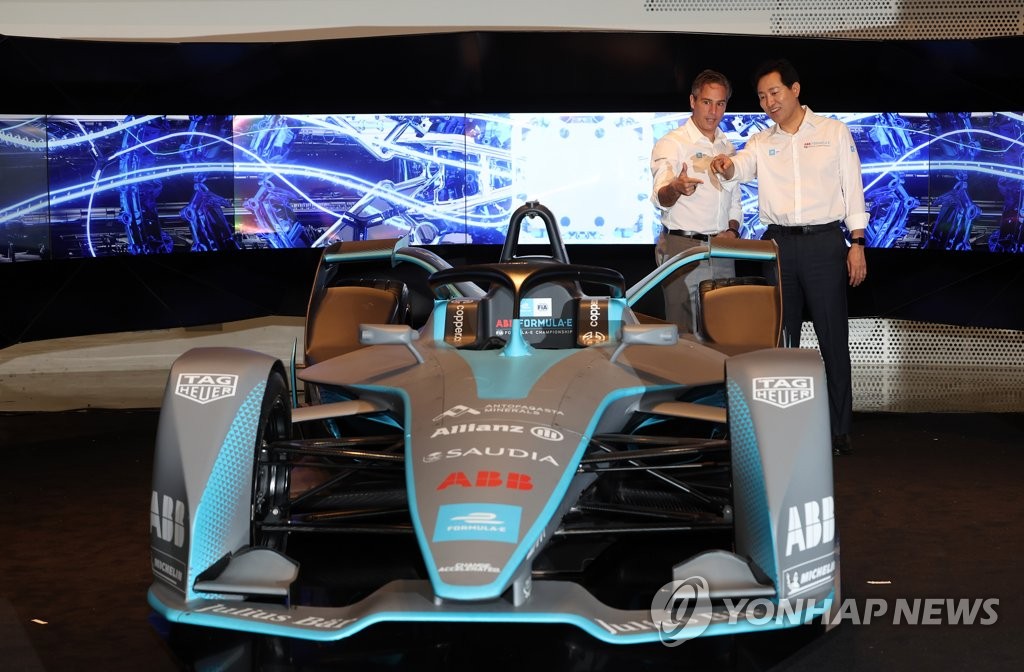 Seoul Festa 2022 to kick off in Aug. to lure tourists with EV race, K-pop concert

Seoul Festa 2022 to kick off in Aug. to lure tourists with EV race, K-pop concert