The honor guard ceremony for Gen. Kim Seung-kyum took place at Camp Humphreys, a key U.S. military base in Pyeongtaek, 70 kilometers south of Seoul. Some 100 South Korean and U.S. military officials and guests joined the event, according to the USFK.

"Gen. LaCamera ... reaffirmed his commitment to strengthening a robust combined defense posture and the ironclad ROK-U.S. alliance with Gen. Kim," the USFK said in a press release. ROK stands for South Korea's official name, the Republic of Korea.

Kim's appointment came amid worries that Pyongyang could conduct what would be its seventh nuclear test or other provocative acts. 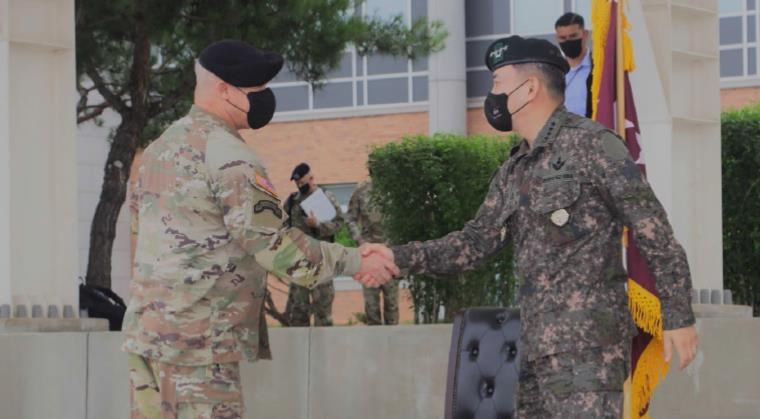