SEOUL, July 12 (Yonhap) -- The South Korean currency fell to a yearly low against the U.S. dollar Tuesday as investors averted riskier assets amid fears about a global recession.

It marked the lowest closing so far this year and also hit the weakest level since July 13, 2009, when the won ended at 1,315 per dollar.

The Korean currency has been under downward pressure against the dollar as demand for the safe haven currency increased on concerns that the Federal Reserve's rapid rate hikes could precipitate an economic recession.

The global financial market has been gripped by fears of a global recession, prompting investors to chase the dollar.

The U.S. consumer price index for June will be announced Wednesday (U.S. time), with market players expecting U.S. inflation for June probably to have accelerated from an 8.6 percent on-year gain in May.

Dealers said the market also appeared to factor into the possibility the Bank of Korea could deliver an unprecedented "big-step" hike of 50 basis point at its policy meeting set for Wednesday.

Foreigners sold a net $3.01 billion worth of local stocks in June, extending their selling spree for the fifth straight month, according to central bank data. 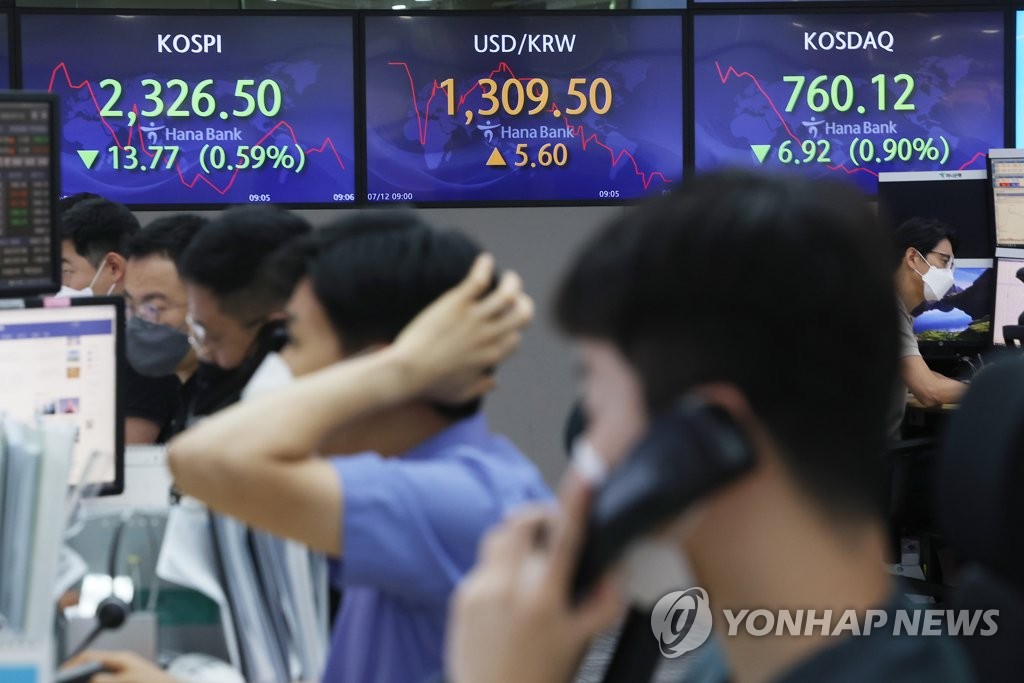