The Academy of Television Arts and Sciences announced Tuesday (U.S. time) the Netflix original series will compete for Outstanding Drama Series at this year's Emmys given to best primetime TV programs televised from June 1, 2021, to May 31, 2022.

Released in September last year, the nine-part series became the first-ever Korean-made TV show to get a nomination at one of the four major American awards for performing arts and entertainment. 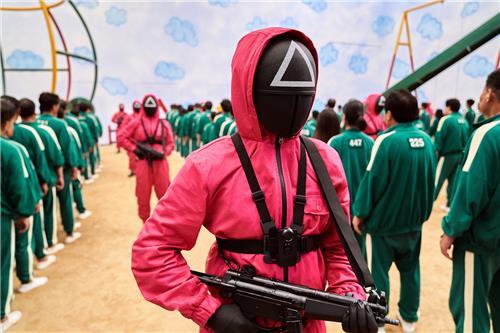