According to the nominations list for the 74th edition announced by the Academy of Television Arts and Sciences on Tuesday (U.S. time), Lee was one of the candidates in the category of Outstanding Lead Actor In a Drama Series.

He became the first South Korean actor to get a nod from the Emmys, one of the four major American awards for performing arts and entertainment.

In "Squid Game," Lee plays the role of Gi-hoon, a down-on-his-luck middle-aged man drawn to a mysterious competition of traditional Korean kids' games that reward the only survivor with 45.6 billion won (US$34.7 million) in prize money. 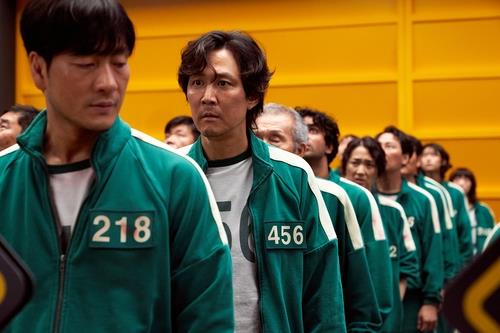