In an announcement by the Academy of Television Arts and Sciences on Tuesday (U.S. time), Jung was listed as one of the candidates for Outstanding Supporting Actress in a Drama Series for the 74th edition of Primetime Emmys.

It is the first time ever that a Korean actress has been nominated for an acting award at the Emmys, one of the four major American awards for performing arts and entertainment.

In "Squid Game," Jung played North Korean defector Sae-byeok who participates in the deadly game to earn prize money of 45.6 billion won (US$34.7 million) in order to rescue her parents across the North Korean border and buy a house for her family. 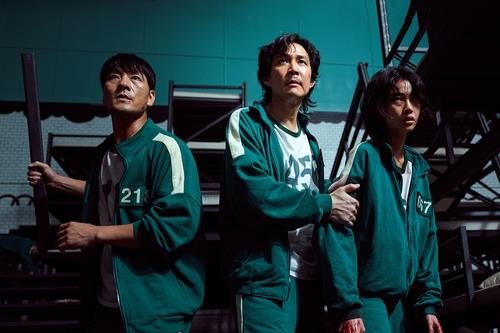