(ATTN: UPDATES with more details in paras 6, 13)
By Kim Soo-yeon

The number of employed people came to 28.49 million last month, up 841,000 from a year earlier, according to the data compiled by Statistics Korea.

The June reading marked the largest job addition in 22 years for any June. But the pace of job growth slowed compared with May, when the country added 935,000 jobs.

The statistics agency said job growth has continued as employment in in-person services improved due to the lifting of virus curbs.

"But the outlook for the job market remains uncertain down the road," Kong Mi-suk, a senior Statistics Korea official, told reporters.

The finance ministry said the pace of job growth is expected to slow down in the second half due largely to the end to a state-run job program for senior citizens, and the trend will likely continue into next year. 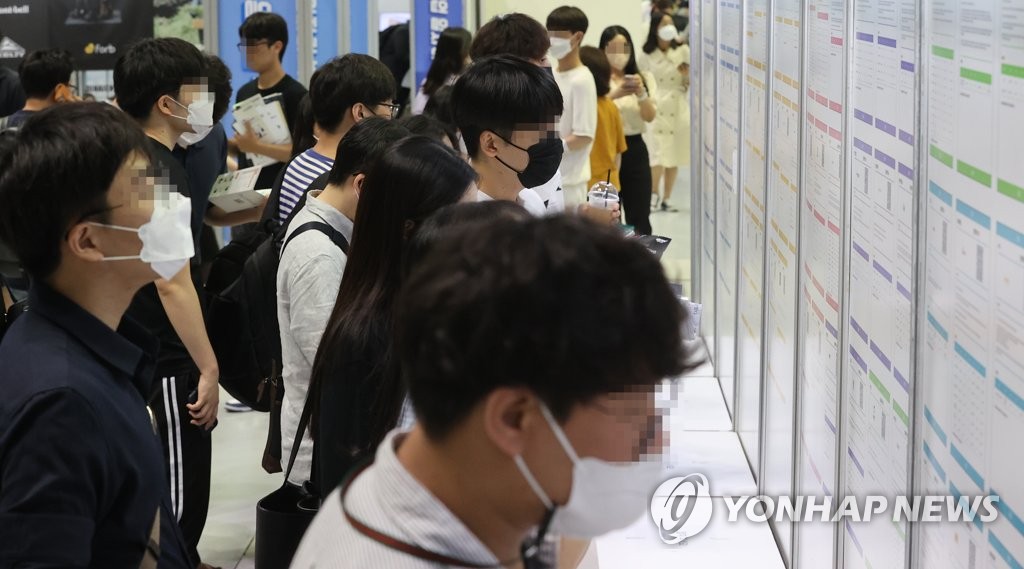 The South Korean economy faces the risk of stagflation, a mix of slowing economic growth and high inflation, due to heightened external economic uncertainty, including the protracted war between Russia and Ukraine, and global monetary tightening.

Job data pointed to overall improvements in the labor market, but in detail, more than half of the June job additions were led by an increase in state-arranged short-term jobs for older adults.

The employment rate of people aged 15 and older rose 1.6 percentage points on-year to 62.9 percent in June, the highest for any June since July 1982, when the agency began compiling related data.

The number of economically inactive people -- those who are neither working nor actively seeking jobs or people outside the labor force -- reached 15.89 million in June, down 456,000 from a year earlier. It marked the 16th consecutive month of an on-year fall.

By sector, the accommodation and restaurant business reported job growth for the second straight month in June, helped by the lifting of most COVID-19 restrictions adopted in mid-April. The sector, hit hard by the COVID-19 pandemic, saw the number of employed people increase 28,000 on-year in June.

The manufacturing sector, the backbone of the economy, reported an on-year increase of 158,000 job posts, extending its job additions to the eighth month.

The number of permanent workers grew 899,000 on-year in June. But the number of temporary workers declined for the first time in 16 months, with a fall of 53,000. That of day laborers fell 79,000, marking the 14th straight month of decline.

Last month, the finance ministry lowered its 2022 growth outlook for Asia's fourth-largest economy to 2.6 percent, while sharply raising its inflation estimate to a 14-year high of 4.7 percent. 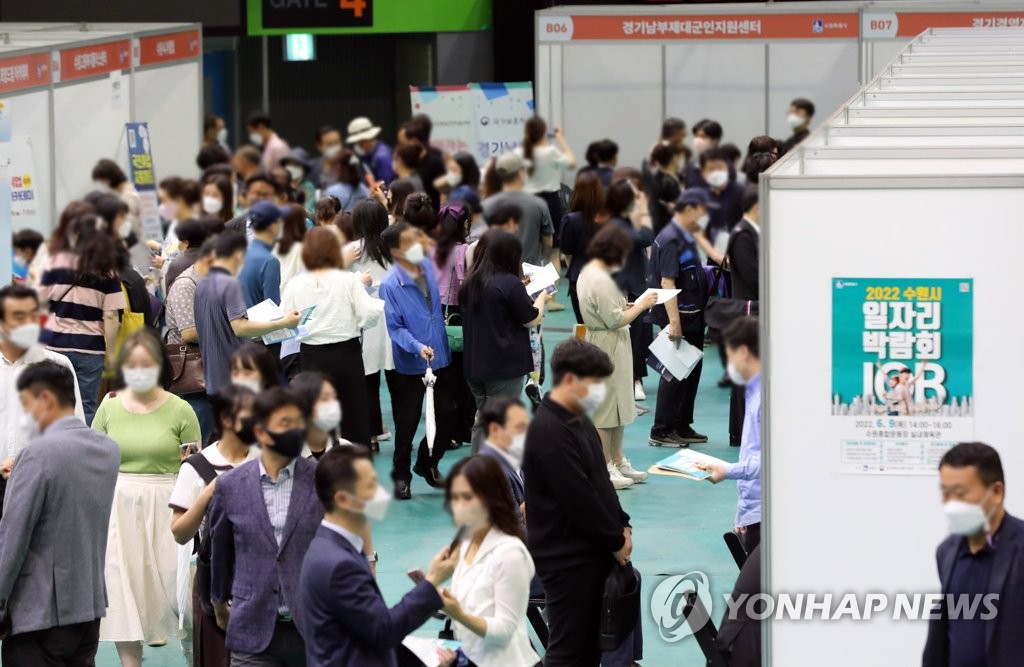