SEOUL, July 13 (Yonhap) -- POSCO International Corp. said Wednesday that Indonesia, Australia and Uzbekistan will be the company's new "strategic markets" for future growth as it seeks to bolster investment in energy, food and other eco-friendly sectors.

The trading unit of South Korean steel giant POSCO Holdings Inc. made the announcement as it unveiled its growth road map toward what it called "the transformation into an investment firm from a general trading company."

"It is difficult to sustain growth with only the trading method of earning margins by connecting the suppliers and consumers," POSCO International President Joo Si-bo said at an in-house workshop Tuesday.

Joo stressed efforts to pivot to investment-based business models, by expanding the value chains linking existing key businesses and exploring new opportunities with growth potential, according to the company.

The company will accelerate efforts to execute these plans for the three strategic countries until a tangible outcome is produced, it added.

POSCO International, formerly Daewoo International, was incorporated into POSCO in 2010 following Daewoo's bankruptcy. It has mainly engaged in the mining and trading of natural resources, like steel, and other commodities around the world.

Lately, the company has been ramping up the transition to eco-friendly sectors, such as liquefied natural gas (LNG)-based low-carbon energy, and electric and hydrogen vehicles in an industrywide trend toward green, bio and electrification.

For energy, it will strengthen the value chain by securing the stable production of gas fields and alternative reserves, while continuing to expand the LNG-oriented business toward a zero-carbon future.

In the food sector, it will consider increasing investment in milling and fodder with an aim to grow into a top global player. 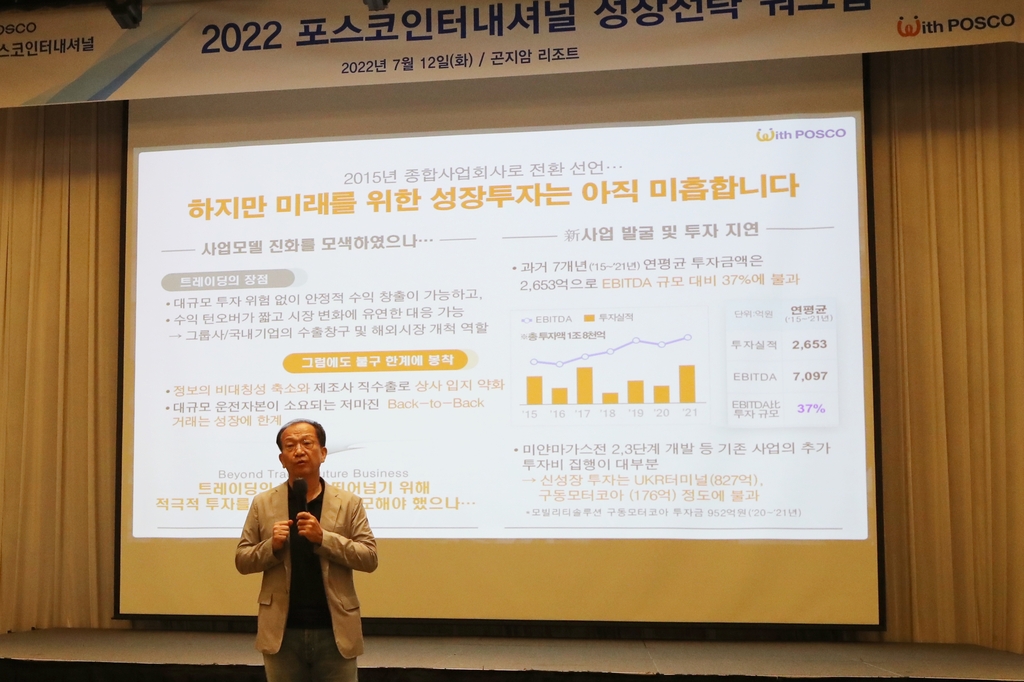