SEOUL, July 13 (Yonhap) -- The office of President Yoon Suk-yeol on Wednesday slammed the previous administration's repatriation of two North Korean fishermen in 2019 as a potential "crime against humanity" and vowed to uncover the truth behind the case.

The statement came a day after the unification ministry released 10 photos of the two North Koreans being dragged across the inter-Korean border apparently against their will in November 2019, when former President Moon Jae-in was in office.

In one image, one of the men can be seen dragging his feet as North Korean soldiers try to pull him across the Military Demarcation Line inside the truce village of Panmunjom. Both men are blindfolded and their hands are tied with ropes. 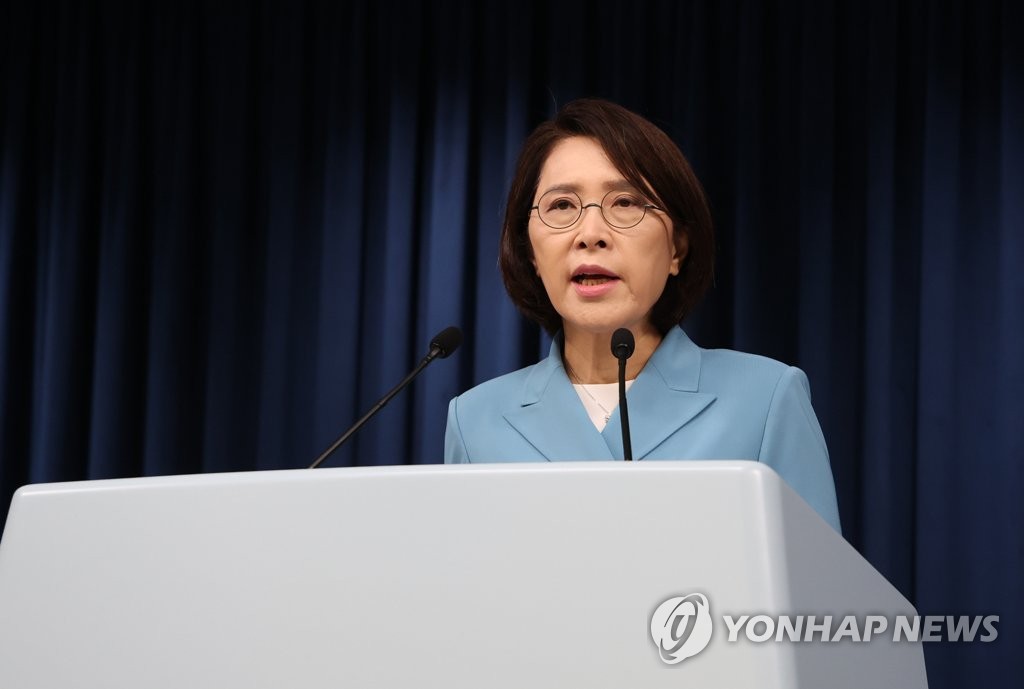 "If they were forcibly sent to the North even though they stated their intention to defect, this would be an anti-humanitarian crime and a crime against humanity that violates both international law and the Constitution," presidential spokesperson Kang In-sun said during a press briefing.

"The Yoon Suk-yeol government will fully determine the truth behind this case in order to restore the universal values of freedom and human rights," she said.

The North Koreans had confessed to killing 16 fellow crew members and expressed a desire to defect to South Korea. But the then Moon government determined their intentions as insincere and sent them back to the North where they could face harsh punishment.

The repatriation sparked criticism the government sought to curry favor with Pyongyang.

It is one of the suspicious cases involving the previous administration that the incumbent Yoon government is revisiting, along with the North's killing of a South Korean fisheries official near the western sea border in 2020.

The then Moon government concluded that the official was shot and killed while trying to defect to the North. But the Coast Guard and the military reversed the conclusion last month, saying there was no evidence to suggest such motives.

The Moon government has been accused in both cases of trying to curry favor with North Korea to help its push to foster peace and reconciliation with the regime.

Kang said the image of the fishermen "doing everything not to be dragged away is clearly different from the explanation given by the Moon Jae-in government that they had no intention whatsoever to defect."

The photos have raised questions about the government's motives as it is rare for the unification ministry to release images of repatriations.

The timing coincides with a steady decline in Yoon's approval ratings.

"The Yoon Suk-yeol government always places importance on protecting the people's lives and safety and restoring the universal values of freedom and human rights," a presidential official said when asked whether there was no connection between the falling ratings and the repeated accusations against the previous administration.

"We are not retaliating by targeting the previous government," the official said.

The case of the fishermen has been met with mixed reactions because the men were accused of killing 16 of their fellow crewmen on a boat before they reportedly sought to defect.

"Regardless of what kind of people they were, if they crossed into the Republic of Korea and stated their intention to defect, there are proper steps that need to be taken for citizens of the Republic of Korea," the presidential official said when asked whether the Yoon administration's respect for human rights applies equally to such people.

"We believe the important thing on our part is whether such steps were taken and whether they were properly implemented."

But the main opposition Democratic Party (DP) warned against using the issue for political gain.

"Does it mean we have to accept brutal criminals who killed 16 people as our citizens?" DP Rep. Kim Byung-joo, who leads the DP's taskforce on the fisheries official's case, asked during a press conference at the National Assembly later Wednesday.

"We demand that national security, the military and the intelligence agency should no longer be used as a means of political dispute," Kim said, stressing the repatriation was carried out appropriately under relevant laws. 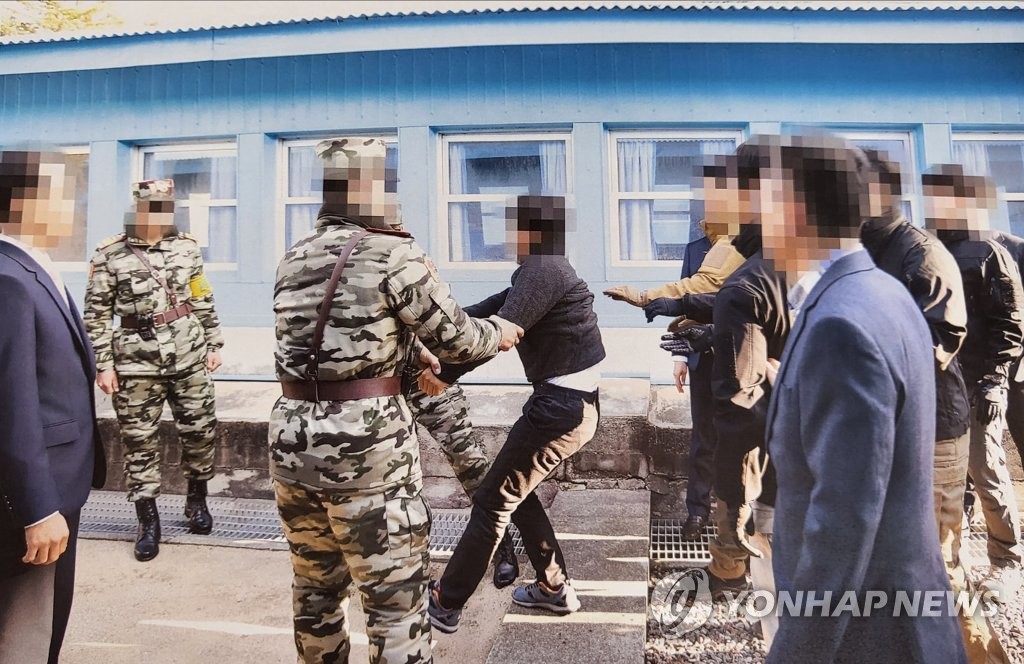