"The direction of the government's fiscal policy must be quickly changed," Han told a meeting with editors of newspapers and broadcasters earlier in the day.

The national debt has surpassed the 1,000 trillion-won (US$781.07 billion) mark due to the government's expansionary fiscal spending amid the pandemic.

Han said he has been "heartbroken" as the country's debt has grown at an alarming pace.

Policies should be well-directed at a time when economic indicators are unlikely to significantly improve, Han said. 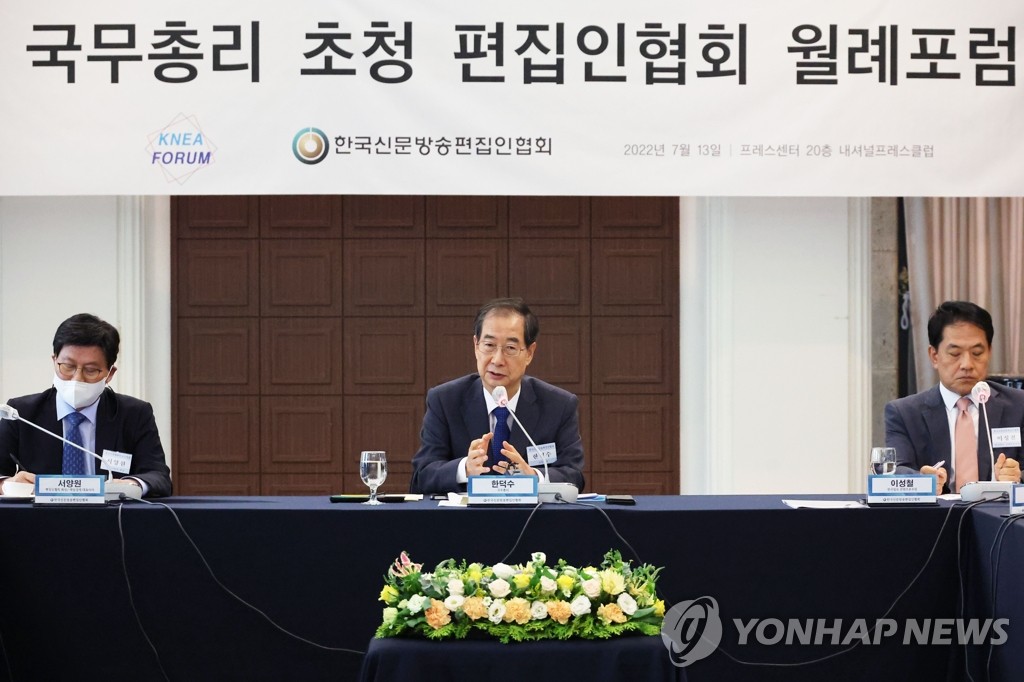 The government also set the goal of cutting the debt-to-GDP ratio to around "the midpoint" of the 50 percent range by 2027 in a bid to slow the pace of the national debt. The debt ratio is likely to reach 49.7 percent this year.

Han also said the government needs to maintain a certain level of trade surplus for its sovereign ratings.

"To achieve a strong (economic) balance externally, there should be some surplus in international balance of payments," Han said.

Han's remarks came as the nation suffered a trade deficit for the third straight month in June due to high energy prices.