SEOUL, July 13 (Yonhap) -- The new U.S. ambassador to South Korea vowed Wednesday to work towards strengthening and expanding the two countries' alliance based on shared values, while expressing that there was "no better partner" than Seoul.

Philip Goldberg made the remarks in his speech during a reception marking U.S. Independence Day at his residence in central Seoul, just days after he arrived in the country to begin his duty.

"We'll continue to expand the ironclad security alliance we've built over nearly 70 years and our network of existing economic partnerships to create something new, a comprehensive strategic alliance firmly rooted in the shared values of promoting democracy, rule of law and human rights," Goldberg said.

He noted that the priorities of the alliance for the U.S. are rooted in the country's foundational values and added that there was "no better partner" than South Korea in pursuing those values.

During the May summit between U.S. President Joe Biden and his South Korean counterpart Yoon Suk-yeol, the leaders agreed to upgrade bilateral relations to a "global comprehensive strategic alliance."

South Korean Foreign Minister Park Jin, who was also at the Wednesday event, said the two countries were at a point where they can "write the next chapter in the history of their successful alliance."

"We are faced with not only security threats from North Korea but also simultaneous challenges and crises, such as the pandemic and energy and security issues," he said. "These crises can be overcome through solidarity and cooperation between South Korea and the United States."

Goldberg, who arrived in the country Sunday, submitted a copy of his credentials to Seoul's foreign ministry the previous day, effectively beginning his official activity in the position. 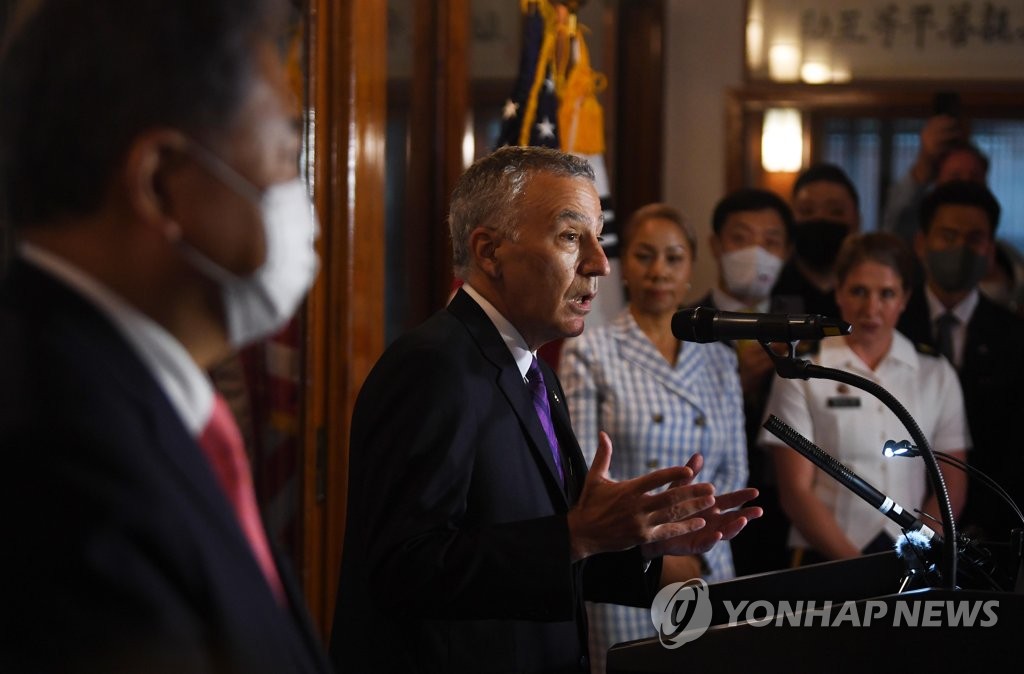