More than 560 people showed symptoms of fever over a 24-hour period until 6 p.m. the previous day, the official Korean Central News Agency (KCNA) said, citing data from the state emergency epidemic prevention headquarters. It marked the third consecutive day for the count to stay under 1,000.

The total number of fever cases since late April came to over 4.76 million as of 6 p.m. Wednesday, of which 99.97 percent had recovered and at least 1,310 others are being treated, it added. 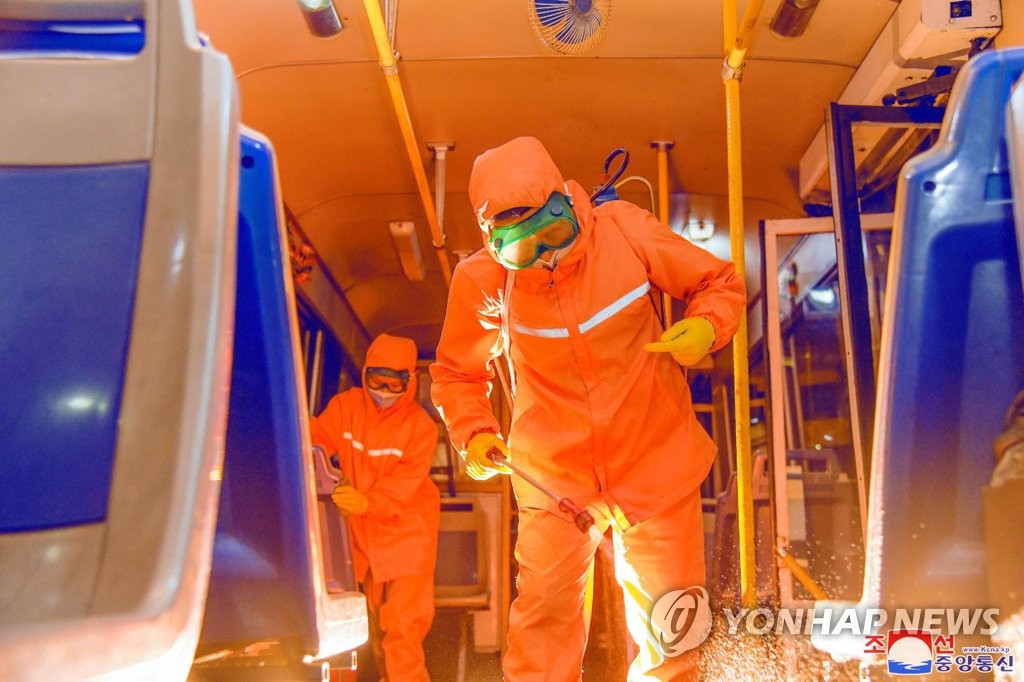 The KCNA said the North has stepped up antivirus measures to cope with seasonal heavy rain and "disastrous abnormal weather" that could lead to crises in their efforts.

"The state emergency epidemic prevention headquarters and relevant sectors accurately detect all forms of crises that can take place due to disastrous abnormal weather immediately after receiving warning alerts and promptly prepare and issue orders and assignments to cope with them," it said in an English-language article.

It also said regional authorities, including those near border areas, are strengthening the monitoring and reporting system for "alien" objects that could enter the country by strong winds or floods.

Earlier this month, the North claimed its coronavirus outbreak originated from "alien things" found near the inter-Korean border, alluding to balloon-carried materials sent at times by North Korean defector groups in South Korea, such as anti-Pyongyang leaflets and some aid items for ordinary people in need on the other side of the heavily fortified border.

Pyongyang disclosed its first COVID-19 case on May 12 after claiming to be coronavirus-free for over two years and implemented nationwide lockdowns.