The product is part of Hyundai Motor's broader plan to double its EV lineup to 13 by 2030 from the current six models -- three from Hyundai and three from its independent Genesis brand. 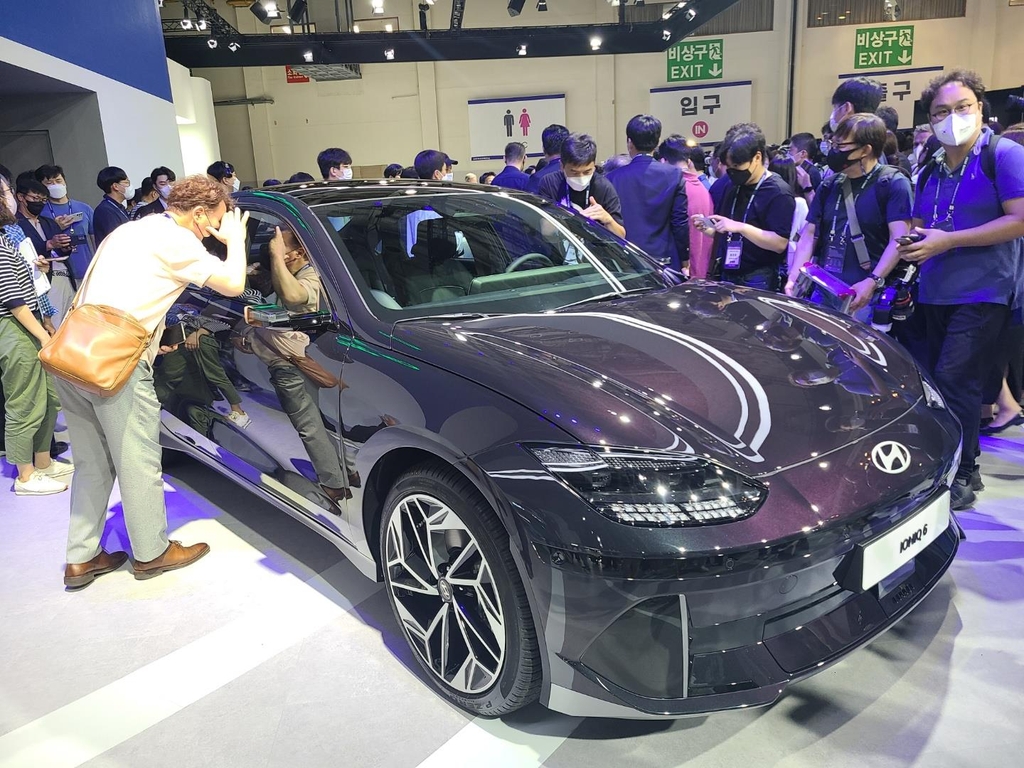 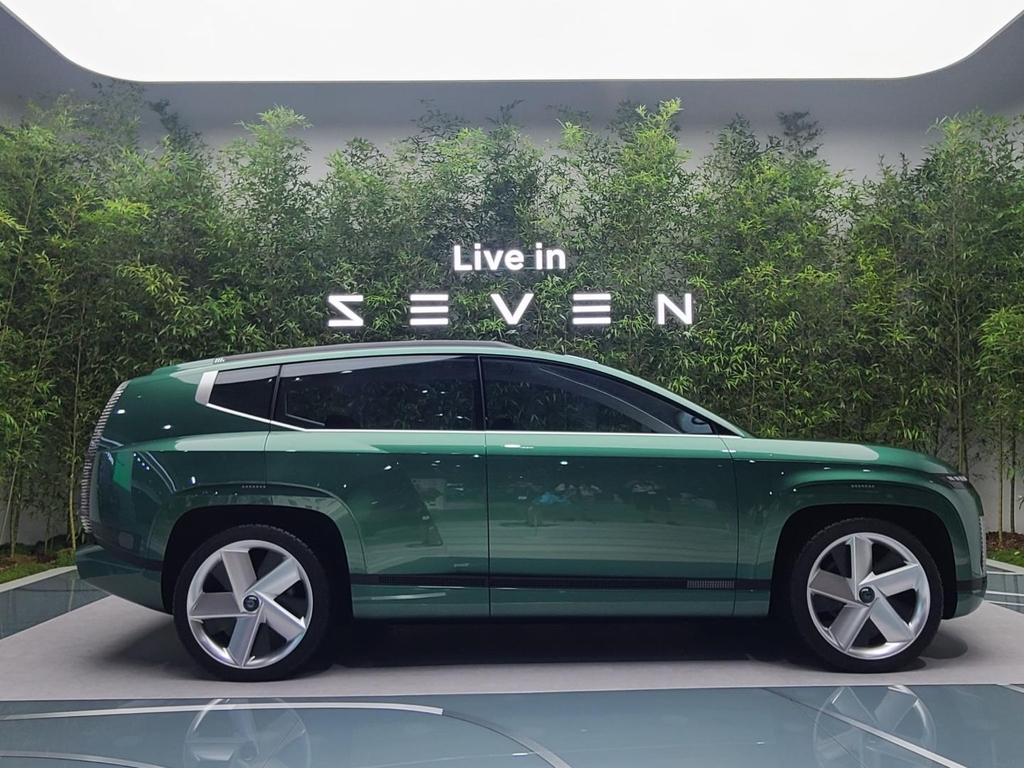 "We are planning to raise the ratio of EVs in our overall domestic sales to 45 percent by 2030 from 6 percent in 2021 based on the expanded EV lineup," Hyundai President and Chief Executive Chang Jae-hoon said in a press conference.

In 2023, Hyundai is targeting to sell more than 50,000 EVs in major markets, such as Europe and the United States.

Hyundai said it will begin receiving preorders for the IONIQ 6 on July 28 and aims to sell 12,000 units of the model in the domestic market by the end of this year.

The IONIQ 6 will be produced in Hyundai's domestic plant in the third quarter for export to some European markets late this year and to the U.S. in the first half of next year.

This week, Hyundai announced it will build a dedicated EV plant in its main Ulsan plant with a goal of starting production in 2025. Chang said the company will invest 2 trillion won (US$1.5 billion) in the plant.

The IONIQ 6, which Hyundai describes as an electrified streamliner, is aerodynamically sculpted and adopts some sustainable materials to reflect EV customers' values, Hyundai said.

"The distinctive streamlined design is the result of close cooperation between engineers and designers, with focus on detail and customer-centric values. We have created the IONIQ 6 as a mindful cocoon that offers a personalized place for all," Lee Sang-yup, executive vice president and head of Hyundai Design Center, said.

IONIQ 6's cocoon-shaped interior serves as both a comfortable hideaway and a personal space, with some practical features and sustainable materials, the statement said.

The electric sedan is available in two versions. One is a standard model with a 53 kWh battery pack, and the other is a long-range model with a 77.4 kWh battery. The latter can travel up to 524 kilometers on a single charge.

The company plans to install SK On Co.'s car battery in the IONIQ 6 this year due to supply issues but will use LG Energy Solution's battery from next year, the executive said.

Hyundai said it has no plan to bring batteries from Chinese battery maker CATL at the moment.

The model sells at the starting price of 55 million won, with the prices rising up to 65 million won depending on features.

Hyundai plans to introduce the platform-based IONIQ 7 SUV model in 2024. For its all-electric models, Hyundai uses alphanumeric names, like its bigger rivals, such as BMW, whose models are named Series No. 1-8.

On the same day, Kia unveiled the EV9 flagship SUV concept ahead of its domestic launch next year. Kia's EV6 and EV9 models share the E-GMP platform.

The company plans to launch the EV9 in April next year and install SK On Co.'s battery in it, Kia Vice President Kwon Hyuk-ho told reporters. 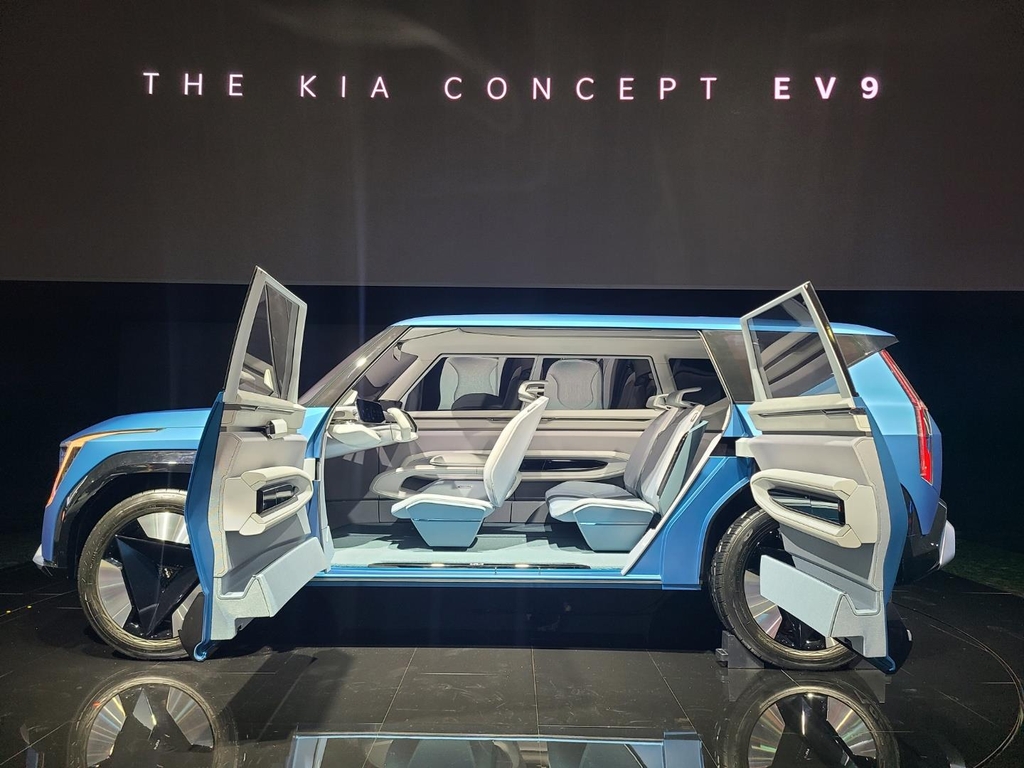 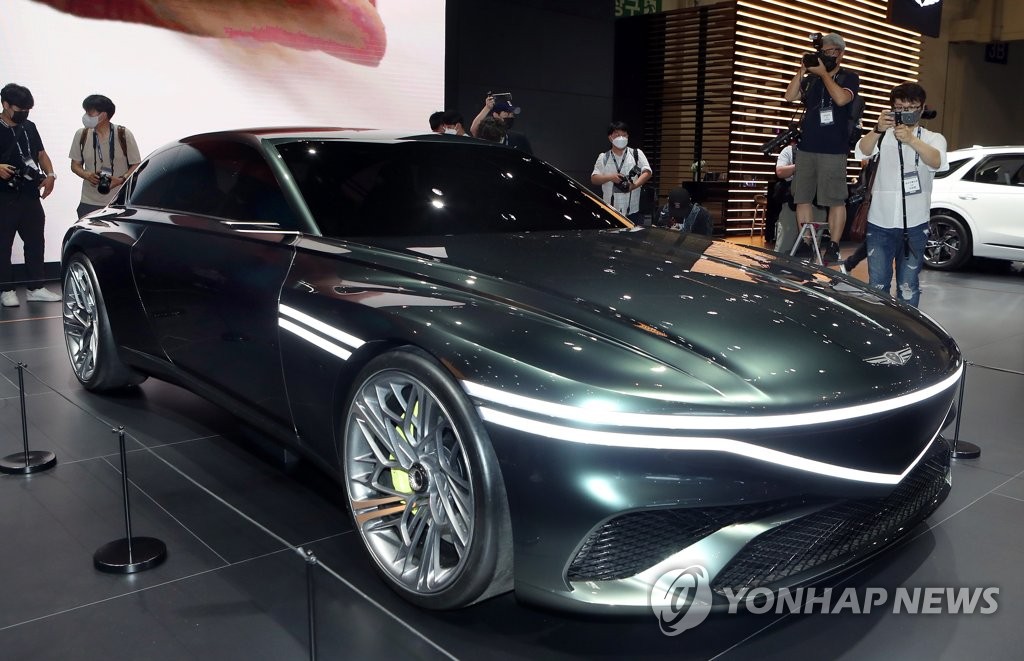