SEOUL, July 14 (Yonhap) -- South Korea's new coronavirus cases more than doubled in a week to near 40,000 on Thursday, as the country has experienced a resurgence of infections amid the fast spread of a highly contagious new omicron subvariant.

The country added 39,196 new COVID-19 infections, including 338 from overseas, bringing the total caseload to 18,641,278, the Korea Disease Control and Prevention Agency (KDCA) said.

Thursday's figure also more than doubled from 18,511 cases logged a week earlier, as the country has seen an upturn in infections from end-June due to the highly contagious omicron subvariant BA.5.

The KDCA reported 16 deaths from the virus Thursday, putting the death toll at 24,696. The fatality rate stood at 0.13 percent.

The number of critically ill patients came to 69, up from the previous day's 67. Despite the surge in new infections, the figure has stayed below 100 since last month.

The KDCA has said the country entered a new virus wave, ending a downward trend from the peak of more than 620,000 in mid-March, and that the daily infections could surge to as high as 200,000 next month. 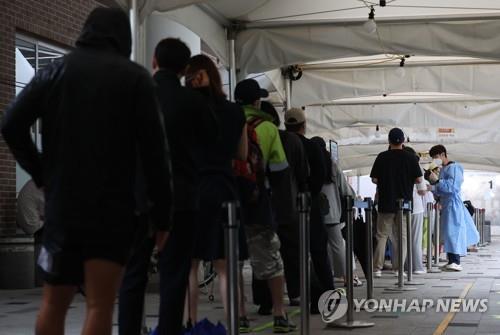 The BA.5 subvariant is expected to become a dominant variant in South Korea soon, as its proportion out of total infections has grown to reach 35 percent last week from 28.2 percent a week earlier, according to the KDCA.

The BA.5 is known to be more contagious and better able to escape immunity compared with earlier versions.

Adding to woes is that South Korea confirmed its first case of a new highly-mutated omicron variant, BA.2.75, Thursday.

A man in his 60s residing in the western city of Incheon was found to have been infected with the subvariant, and contact tracing is now under way, the KDCA said, adding he has not traveled overseas recently.

BA.2.75, dubbed "Centaurus," was first sequenced in India in May, and the cases have been found in around 10 nations, including the United States, Australia, Germany and India.

Some scientists say it could be the most contagious variant seen yet and better evade any immunity from previous infections and vaccines.

In response to the resurgence, the government decided to expand eligibility for the fourth COVID-19 vaccine shot to people aged 50 and older, as well as people aged 18 and older who have underlying health conditions.

Currently, the fourth dose is reserved for those in their 60s and older, and those with an immune disorder.

The government also decided to maintain seven-day mandatory isolation for people who are infected with the virus and to keep in place the indoor mask-wearing mandate.

It also vowed to designate a total of 10,000 "one-stop" COVID-19 treatment centers, where people can take virus tests, get in-person medical care services and receive antiviral drugs, compared with the current 6,338 such facilities, and to secure more hospital beds for COVID-19 patients.

Despite the new wave, the government said it will not reimpose strict social distancing rules, stressing "autonomy and responsibilities" by individuals.

"Rather than a universal scheme, we advise individuals and communities to voluntarily implement social distancing rules," she added. 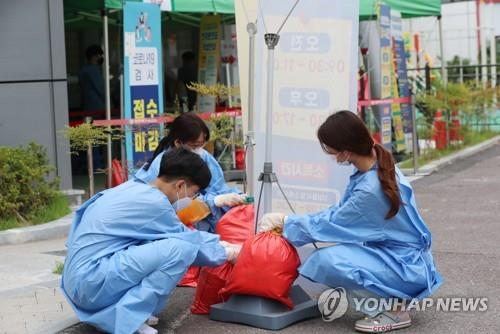