Kim Jae-hyun, 52, allegedly raised more than 1.3 trillion won (US$992 million) from thousands of private and institutional investors between April 2018 and June 2020, promising the money will be invested in low-risk assets involving public institutions.

However, the money was invested in risky assets or used to refund investors, eventually failing to redeem much of the invested money to clients.

A district court first sentenced him to 25 years behind bars last year, but the Seoul High Court hiked up the sentence to 40 years in February.

The Seoul High Court said at that time the investment scam caused "enormous social ills" by inflicting massive property and psychological blows to many innocent people, and seriously damaging the public trust and transparency of the financial market.

The Supreme Court upheld the appellate court's verdict, confirming the 40-year term together with the orders of a forfeiture of 75.2 billion won and a fine of 500 million won.

The court also finalized a 20-year prison sentence for Lee Dong-yeol, Optimus' second-largest shareholder, and a 15-year prison term for Yoon Seok-ho, an executive at the company, on charges of fraud and embezzlement. 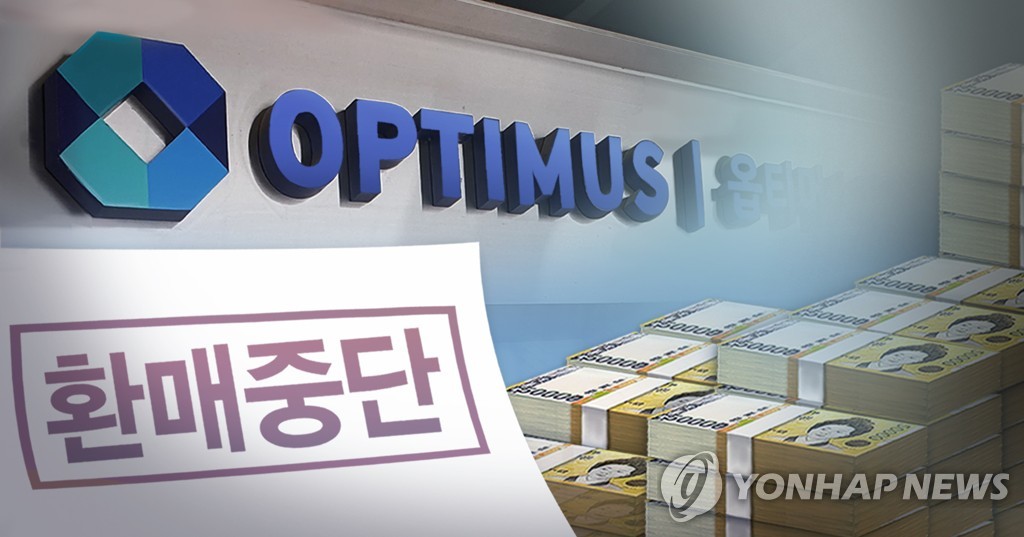