Park was quoted as stressing that his government will continue to pursue humanitarian aid to the North regardless of the political circumstances. 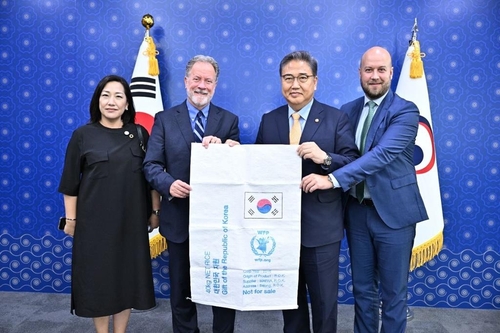 Beasley also met and voiced concerns over the impact of global climate change and the Ukrainian situation on the food situation in North Korea.

"With conflict, droughts, flooding, climate shocks, COVID-19 economic deterioration, and now the Ukrainian crisis, it truly is impacting everyone. And the fertilizer issue is definitely impacting the world, and DPRK will be no exception to that," he said. DPRK stands for the North's official name, the Democratic People's Republic of Korea.

He also expressed hopes that the coronavirus restrictions in the North will be eased to allow "operations to scale back up and reach the children and families in need."

Kwon, Seoul's top point man on Pyongyang, emphasized that his ministry will continue to cooperate closely with the WFP to address humanitarian issues irrespective of the political situation.

"I would like to clarify once again that the government will continue to actively seek humanitarian cooperation related to North Korea's food issue regardless of the political and military situation," he said.

Kwon expressed appreciation for WFP's efforts in improving North Korea's food security and called for continued interest in Pyongyang amid a global food crisis worsening due to the COVID-19 pandemic and the Ukrainian crisis.

North Korea is known for chronic food shortages that have been apparently aggravated in recent years due to typhoons, flooding and the coronavirus pandemic. 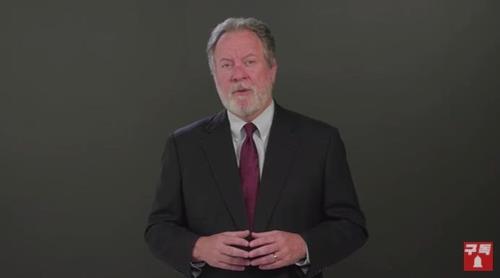 The WFP chief expressed appreciation for Seoul's 50,000 tons of rice aid to his agency last year, saying it was distributed to six nations, including Yemen, Ethiopia and Kenya.

South Korea also donated 50,000 tons of rice to the WFP this year, which is expected to be delivered to five nations in need, according to the Ministry of Agriculture, Food and Rural Affairs.