BUSAN, July 14 (Yonhap) -- Once touted as touchpoints where the auto industry gathered to promote new vehicles and technologies, South Korea's traditional auto shows are on the wane and in need of an overhaul as more automakers turn to electrification.

In recent years, global auto shows have been cancelled, scaled down or made online only due to the COVID-19 pandemic as well as carmakers' electrification push.

"Carmakers increasingly look to non-automobile shows such as the Consumer Electronics Show (CES) or other routes to promote their electric vehicles. They opt to introduce new electric vehicles through online channels or in their own promotional events," Jeong Marn-ki, president of the Korea Automobile Manufacturers Association (KAMA), told Yonhap News Agency over the phone.

In January, many carmakers participated in CES 2022 in Las Vegas to showcase a number of new EVs and EV concepts.

Hyundai Motor Group took part in the tech show with the "metamobility" concept, where robotic devices interact with humans to provide a variety of mobility services. 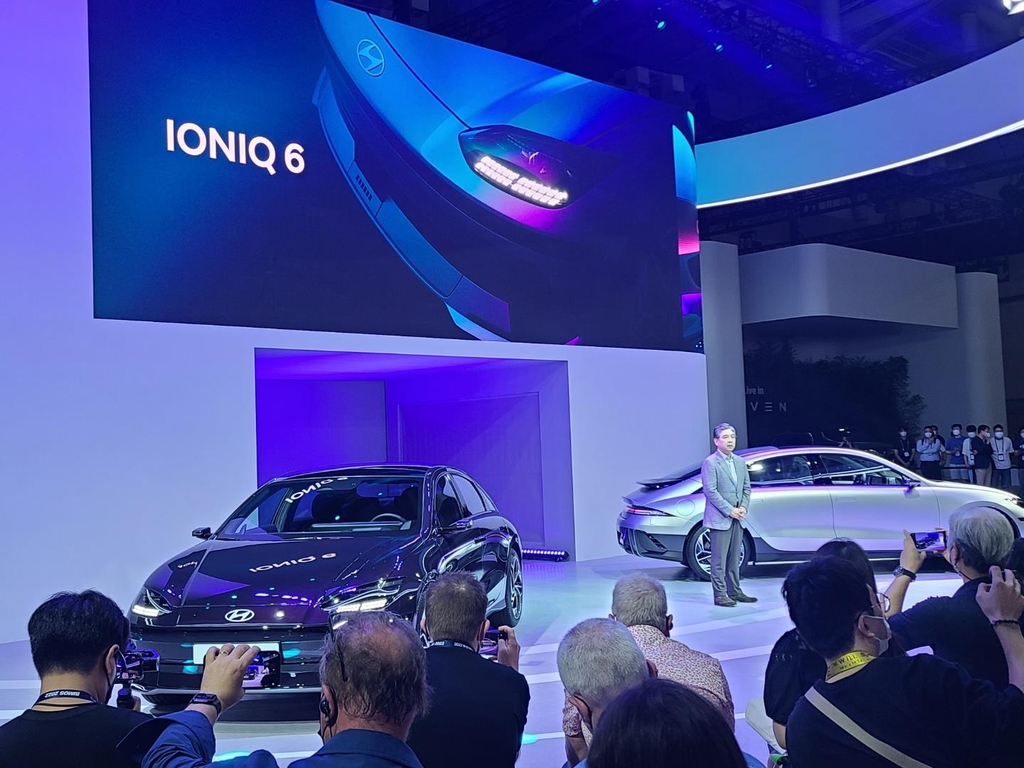 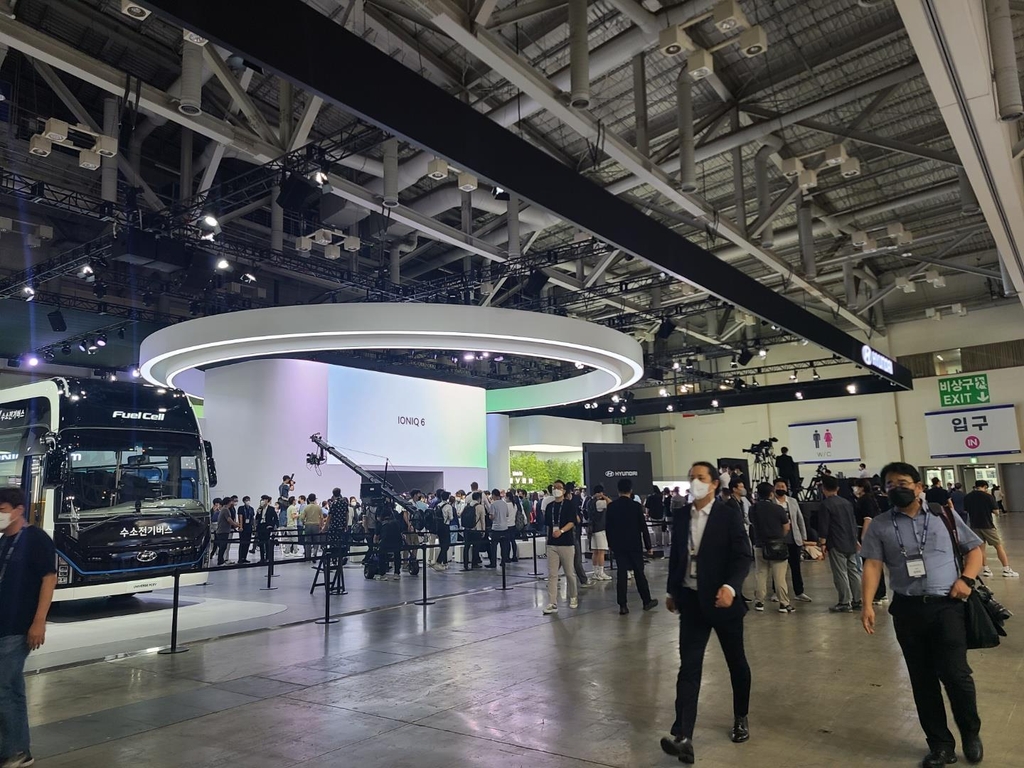 The automobile industry is undergoing a paradigm shift with the advent of electrification. Carmakers are in talks with the motor shows' organizing committees to seek changes in the car exhibitions, according to the Korea Automobile Importers & Distributors Association (KAIDA).

South Korea has two major biennial auto shows -- the Seoul Mobility Show and the Busan International Motor Show. The Seoul show was held late last year and the Busan exhibition came back this week after a few delays amid the pandemic.

This year, only six brands from two carmakers -- Hyundai Motor Group and BMW Group Korea -- attended the Busan show. The brands are Hyundai, Kia, and Genesis from the South Korean carmaker and BMW, MINI, and Rolls-Royce from the German carmaker.

That number plunged from 19 brands introduced by 11 automakers in the 2018 show in the southern port city of Busan.

Industry officials and experts said the existing combustion engine-focused exhibitions will ultimately find nowhere to stand due to the global shift to EVs and the high cost of participation. Domestic carmakers said they have few reasons to attend a motor show, as it costs 1 billion-3 billion won (US$760,000-$2.3 million).

"For their overseas peers, South Korea is a small market with annual sales of 1.8 million vehicles unlike China, the world's biggest automobile market. Hence there is less attention from global brands to the Korean shows," KAMA President Jeong said.

Hyundai Motor chose to unveil the IONIQ 6, the second dedicated EV model embedded with Hyundai Motor Group's EV-only electric-global modular platform (E-GMP), in an online press conference on Wednesday ahead of the Busan show that runs from July 15-24.

Three other local carmakers -- GM Korea Co., Renault Korea Motors, and SsangYong Motor Co. -- decided not to join the show this year due to cost issues and lower demand for their products in the domestic market.

"The three carmakers' combined market share in the Korean passenger vehicle market is only 10 percent. So they don't need to attend local shows. Rather, they have to support their parent firms (General Motors Co., Renault S.A., and Mahindra & Mahindra Ltd.) by exporting as many vehicles as possible," an auto executive said declining to be named.

A continued global chip shortage is another hindrance for carmakers. They don't feel the need for marketing at an auto show as they cannot produce ordered vehicles and deliver them on schedule, he said.

To maintain the existing shows, industry officials asked the motor show committees to change the manner of exhibition by bringing together different sectors such as chipmakers, UAM firms, robotics makers, startups with advanced mobility technologies.

"Among possible options are holding a digital motor show to give customers easier access to auto shows or a permanent exhibition to promote their new models all year round," Kim Tae-nyen, president of mirae Mobility research & services (m.More), said.

Moreover, multiple local motor shows, including a hydrogen mobility show and an EV show, need to be integrated into one focusing on EVs and related future mobility solutions, Kim said.

In recent years, big name absences became commonplace in global auto shows such as the LA Auto Show and the International Automobile Exhibition (IAA), formerly known as the Frankfurt Motor Show, due to the same reasons.

To go beyond the auto industry, the Frankfurt Motor Show rebranded itself as IAA and the Tokyo Motor Show will return next year under the new name of Japan All-Industry show.

"We are in close consultations with car manufacturers to reflect drastic changes occurring in the auto industry into the car shows," Lee Ta-sik, president and CEO of the Busan Exhibition & Convention Center (BEXCO), said.

"We have recently asked a consulting firm to do an analysis of the current Korean motor shows and provide measures to overhaul them in a positive direction," he said. 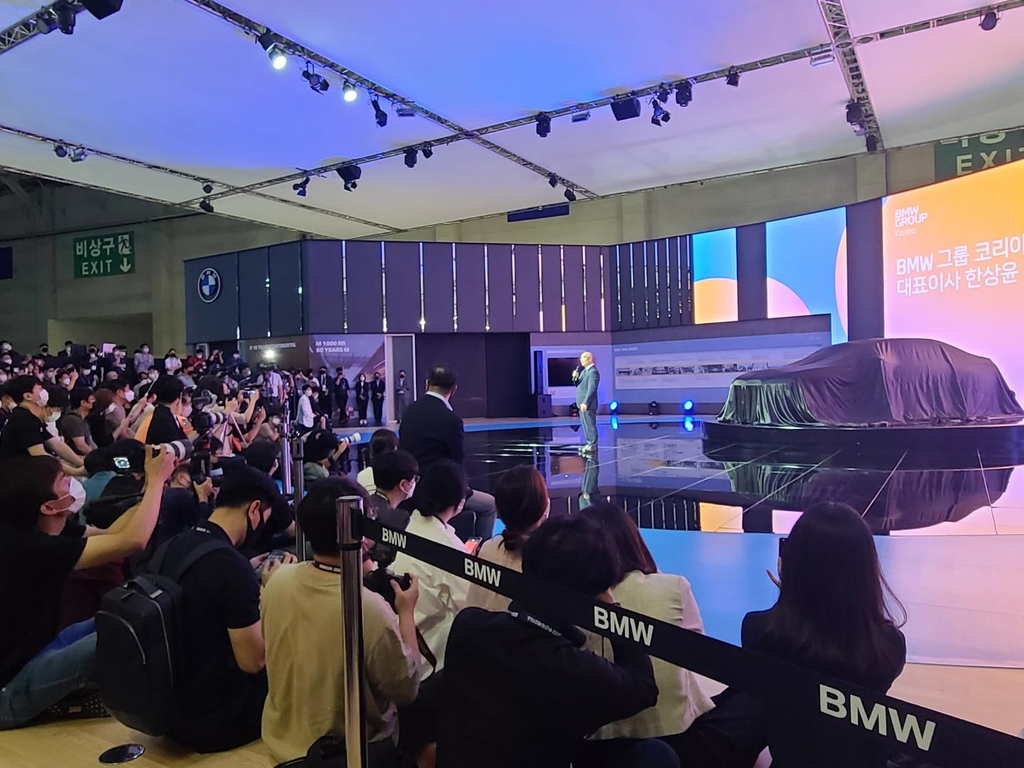 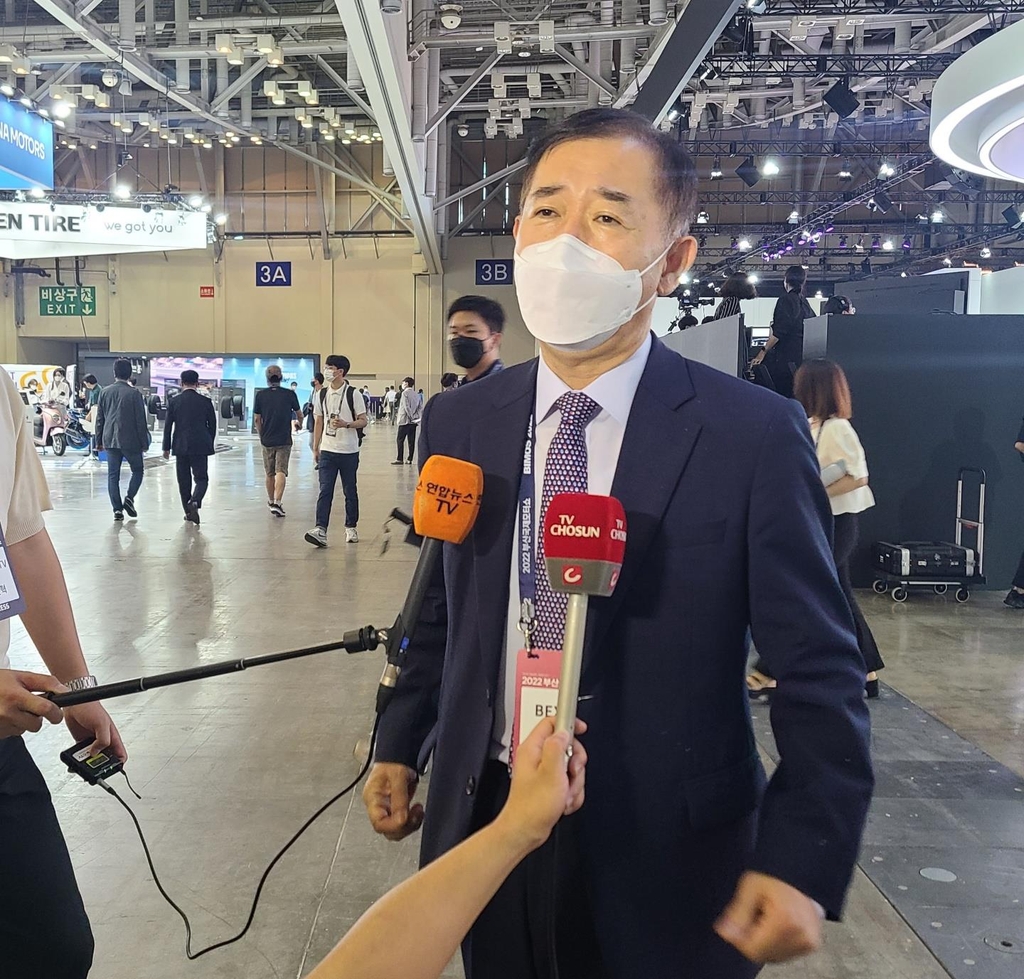