SEOUL, July 14 (Yonhap) -- A public-private consultative body continued discussions Thursday on how to compensate Korean victims of forced labor during Japan's 1910-45 colonial rule, one of most thorny diplomatic issues between Seoul and Tokyo.

In 2018, South Korea's top court ordered Mitsubishi Heavy Industries Inc. and Nippon Steel Corp. to compensate Korean forced labor victims, but the companies refused to pay them, claiming that all reparation issues were settled under a 1965 accord aimed at normalizing bilateral diplomatic relations.

The Korean victims then filed suits to seize the Japanese firms' assets here, and local courts have accepted their requests. But the liquidation process has not yet begun as the companies have lodged appeals.

Finding a resolution to related disputes has gained urgency, with the Supreme Court's final decision expected in the coming weeks or months. Japanese officials have urged the South Korean government to come up with measures to avoid the liquidation of the companies' assets. 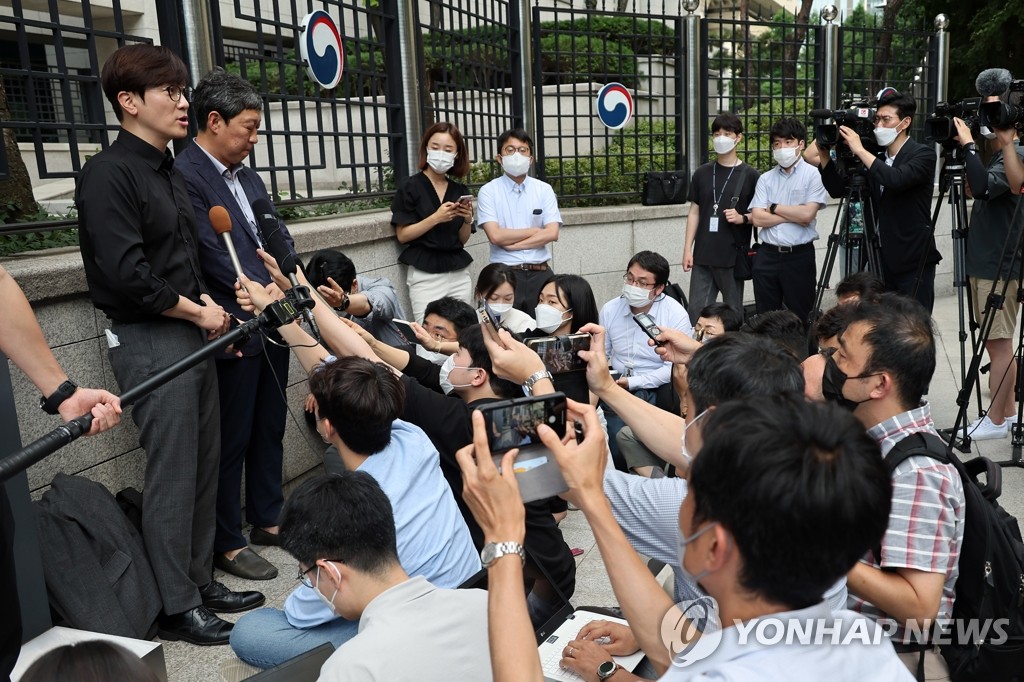 During the meeting, which was held 10 days after the inaugural gathering, the members discussed how to resolve the issue in a way that satisfies the victims and earns broad public support.

Lim Jae-sung, the legal representative for some of the victims, said after the meeting that he stressed the importance of the Japanese firms' sincere apology over the forced labor and their participation in the victims' compensation scheme.

Observers say the pending issue is likely to top the agenda during Foreign Minister Park Jin's widely expected visit to Japan as he has vowed to make diplomatic efforts to patch up bilateral ties.