"I did my best to make this album in order to show you a new side that you haven't seen so far and myself having grown more," the dancer-rapper said in a YouTube video introducing the new album, calling it a result of his numerous challenges.

"Jack in the Box," which was uploaded onto music services at 1 p.m., is also the first-ever official solo album from the septet, which recently announced a new chapter of its career with a focus on individual projects.

BTS had shown off individual members' musical talents through mixtapes, an unofficial album, and on original soundtracks of various TV drama series. None of the members, however, had released formal solo projects. 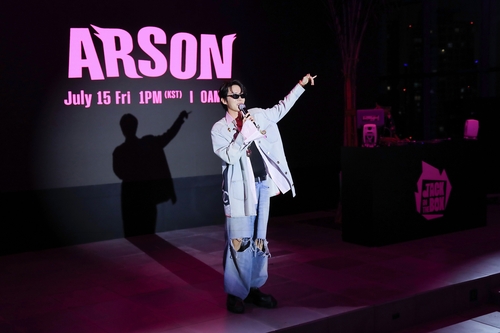 Big Hit Music, the group's agency, said "Jack in the Box" is the name of a children's toy where a clown or jester pops out of the box when it is opened. The title represents J-Hope's aspirations to break the mold and grow further, it added.

"More," the single prereleased two weeks ago, and "Arson" represent the central message of the album as its two main tracks.

The cover art for the album was done by renowned American pop artist KAWS, according to the agency. 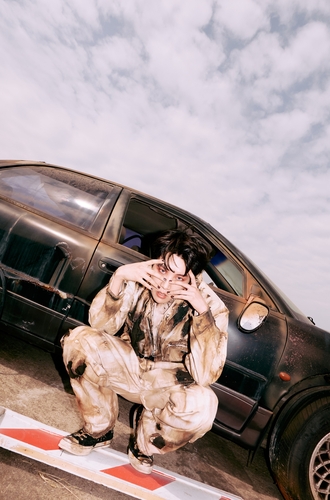 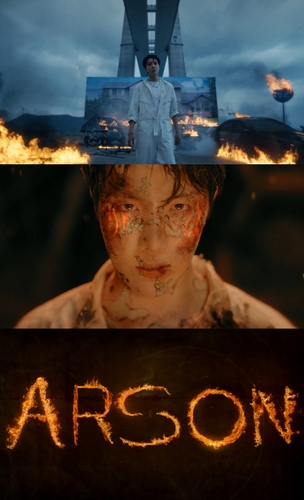 J-Hope actually showcased his hidden musical talents in earnest through the album with his rough shout-rapping on "More," an old-school hip-hop song combining strong drum beats and guitar sounds to create dark and heavy soundscapes.

In "Arson," the singer honestly expressed his thoughts.

"I wanted to place the song last, because it contains the most of what I wanted to tell through the album," he said, adding the song is about him standing at a career crossroads after breaking out of the box.

The music video for "Arson," also unveiled Friday, begins with J-Hope staggering past cars on fire, doing a rap.

"Leaving when there's still applause, that's the style/ Setting the fire/ Is something I did for myself/ Who knew the world would go up in flames/ I see my marks after things cooled down/ Fire too big to put out, it was serious arson," the lyrics say.

As J-Hope keeps moving among the burned cars with his white jumpsuit also blackened, the camera shows that his heart and cheeks are on fire too. It then ends with him lying on the ground, surrounded by fire that spells out "Arson."

The album will become available in a "Weverse Album" format, not a full-fledged physical album, on July 29. A Weverse Album is a digital album that can be played after downloading the app of the same name and scanning the QR code.

J-Hope will headline the main stage of the annual U.S. music festival Lollapalooza at Grant Park in Chicago on July 31 (U.S. time) for the first time as a K-pop idol singer.