SEOUL, July 15 (Yonhap) -- The South Korean currency on Friday sank to its lowest point against the U.S. dollar in more than 13 years on concerns about global monetary tightening and an economic recession.

Since the Korean currency fell to the 1,300-level for the first time in nearly 13 years on June 23, the won's weakness has been accelerated amid concerns that the Federal Reserve's aggressive monetary tightening could push the U.S. economy to a recession. The won has slid around 10 percent against the dollar so far this year. 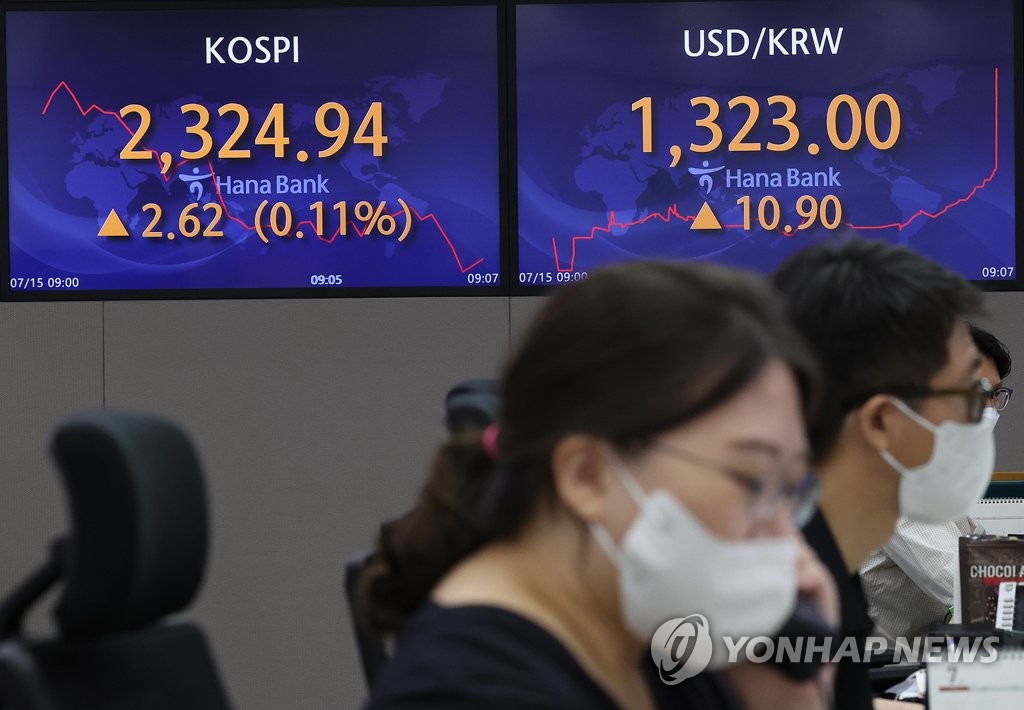 Faster-than-expected inflation prompted some market players to raise their bets on the Fed's 1 percentage point rate hike at the July policy meeting.

Due to the Fed's fast rate hike drive, interest rates in the U.S. are expected to soon become higher than those in South Korea, which could precipitate foreign capital outflows from here in pursuit of higher returns.

The Bank of Korea delivered an unprecedented rate hike of 0.5 percentage point to 2.25 percent on Wednesday, marking the sixth rate increase since August last year. The Fed has raised federal funds rates, including a 75 basis point hike in June, to a target range of 1.5-1.75 percent.

Policymakers dismissed the possibility of acute capital flight. But foreigners became net sellers of Seoul bonds for the first time 18 months in June.

Experts said the Korean currency could further weaken to the 1,350-level and beyond, as demand for the dollar will likely remain firm for the time being due to risk aversion.