SEOUL, July 15 (Yonhap) -- K-pop girl group ITZY will roll out a new EP on Friday, to be followed by its first-ever U.S. tour, the group's agency said.

The album titled "Checkmate," set to be out at 1 p.m., is the band's fifth EP and first release in about 10 months since its first full-length album "Crazy in Love" last September.

Preorders for the upcoming album had surpassed 720,000 copies as of Thursday afternoon, a record for the group.

"Checkmate" has seven tracks led by the main single "Sneakers," according to JYP Entertainment.

"Ranging from songs that fans would like, to those we wanted to try and to what we haven't shown so far, this album is full of ITZY's distinct colors," member Chaeryeong said in an interview with the agency about the new album. The transcript of the interview was released to media on Friday morning. "We wanted to show that ITZY is a team that has really diverse charms through the album." The main track "Sneakers" is a song encouraging listeners to run as far as possible without hesitation in sneakers, which make them feel good, to the moment they feel most free, Yeji said in the interview. "The song contained a wish listeners would find their own 'sneakers' that make them feel free."

Yuna said, "When I first listened to the song, I realized ITZY's summer has finally come! The beat and melody are very exciting and cheerful, so I think I was excited too."

Starting next month, the K-pop quintet will hold its first-ever tour of American cities.

After kicking off the tour in Seoul from Aug. 6-7, the band will fly to the United States for concerts in Los Angeles, Phoenix, Dallas, Houston, Atlanta, Chicago, Boston and New York until Nov. 13. All tickets for the U.S. concerts were sold out as soon as they opened for sales, according to the agency.

Debuting in 2019, the girl group has worked actively traveling between South Korea and Japan. It is known for hit songs such as "Dalla Dalla," "ICY," "Wannabe," "Not Shy" and "In the Morning."

It has also enjoyed popularity in the U.S., with its first LP reaching No. 11 on the Billboard 200 main albums chart after its fourth EP "Guess Who" debuted at No. 148 in April last year. 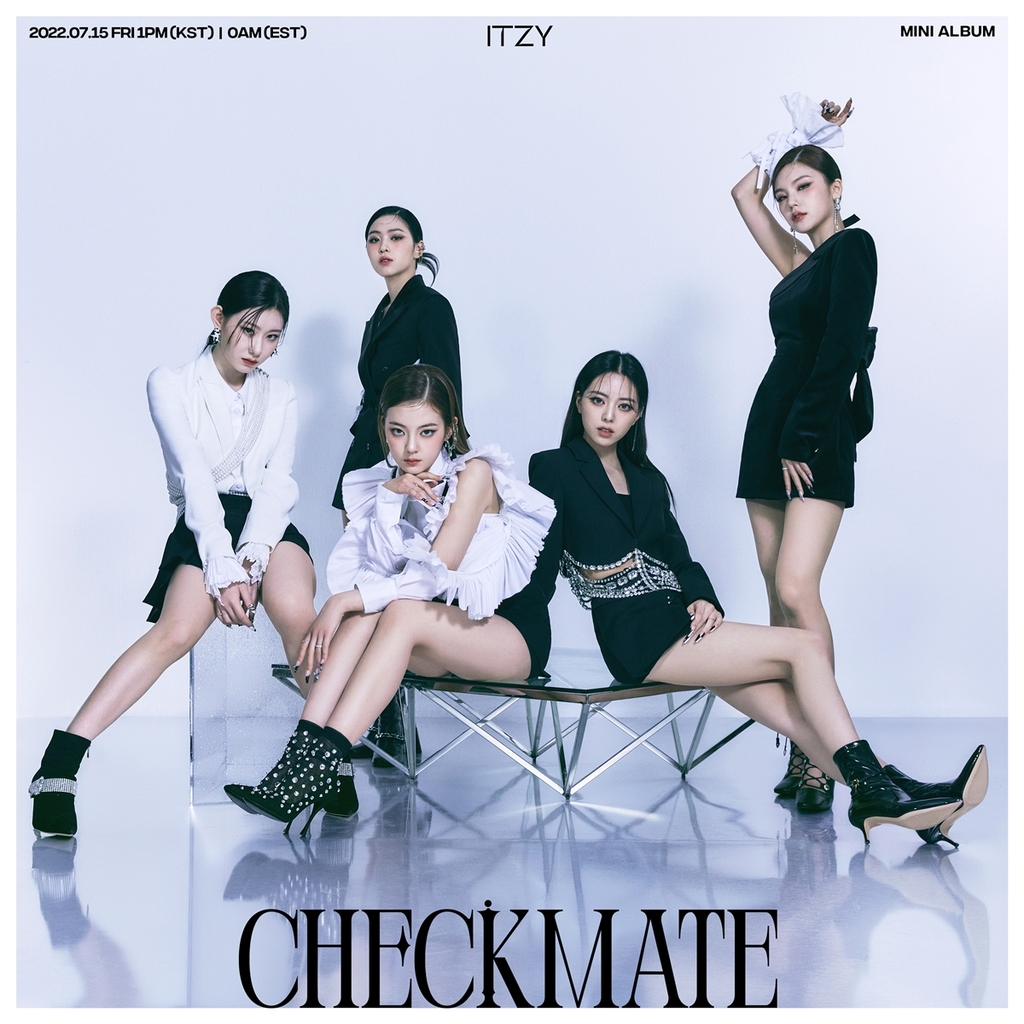