INCHEON, July 15 (Yonhap) -- Police on Friday placed a university student in Incheon under emergency arrest for allegedly causing a female classmate to fall to her death from a building after raping her.

The 20-something male suspect, a freshman at Inha University in Incheon, west of Seoul, is alleged to have caused the victim's death, when she apparently fell from the third floor of a campus building earlier in the day.

Police believe the suspect raped the victim after drinking with her inside the university. The victim, also in her 20s, was found lying naked on the ground outdoors on school grounds at 3:49 a.m. reportedly with blood on her head, mouth and ears.

The victim, who was in cardiac arrest at the time of the discovery, was taken to a hospital but later died. Police plan to conduct an autopsy.

The suspect reportedly confessed to the allegations during police questioning. Investigators plan to seek a formal arrest warrant for him. 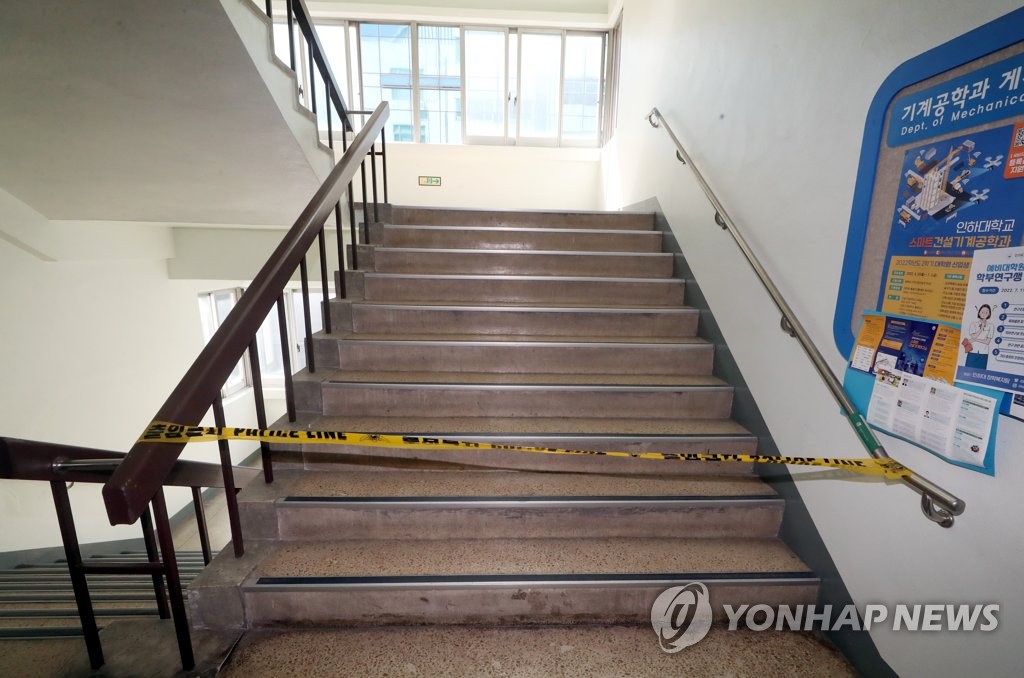