INCHEON, July 17 (Yonhap) -- A freshman at Inha University in Incheon, west of Seoul, appeared at a court Sunday to answer questions over charges that he raped a female schoolmate and caused her to fall to her death.

"I am sorry," said the 20-year-old suspect wearing a cap and a mask upon arrival at the Incheon District Court when reporters asked him if he has anything to say to the victim.

The court was to arraign him to determine whether to issue an arrest warrant for him.

He was taken into emergency custody Friday after the victim was found dead earlier in the day apparently after a fall from a campus building. She was found lying naked on the ground at 3:49 a.m. reportedly with blood on her head, mouth and ears.

The suspect allegedly drank together with her and others before he and the victim left the group saying he would escort her back to school. Police believe he raped the victim in the school building and caused her to fall to her death from the third floor.

CCTV footage showed the suspect assisting her as they went inside the building at around 1:30 a.m. Police said the suspect could have also attempted to destroy evidence as the victim's clothes were found away from the scene.

During the police questioning, the suspect acknowledged that the victim fell to her death but denied that he pushed her off the building, officials said. 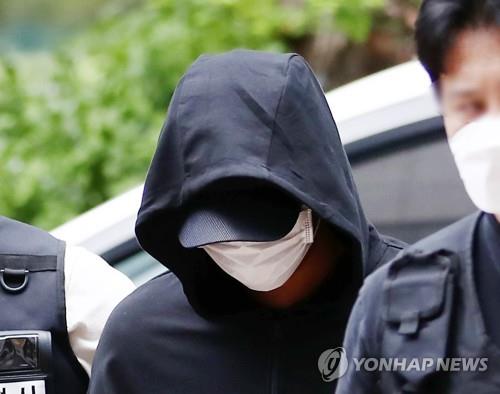