SEOUL, July 17 (Yonhap) -- The defense chiefs of South Korea and the United States have agreed to hold talks in Washington next week to discuss the bilateral alliance and combined defense posture against North Korea, Seoul officials said Sunday.

Defense Minister Lee Jong-sup plans to meet his U.S. counterpart, Lloyd Austin, when Lee visits Washington, D.C. to attend a dedication ceremony for a Wall of Remembrance at the Korean War Veterans Memorial, slated for July 27.

The two sides are currently coordinating a detailed schedule and meeting agenda, according to the officials.

It would be their second in-person discussion in about a month, following their meeting held on the sidelines of a security forum in Singapore.

The defense chiefs are expected to discuss how to strengthen their combined defense posture and extended deterrence against North Korea's growing missile and nuclear threats.

The allies are also considering the resumption of combined field training during their regular military exercise set for next month, according to informed sources. 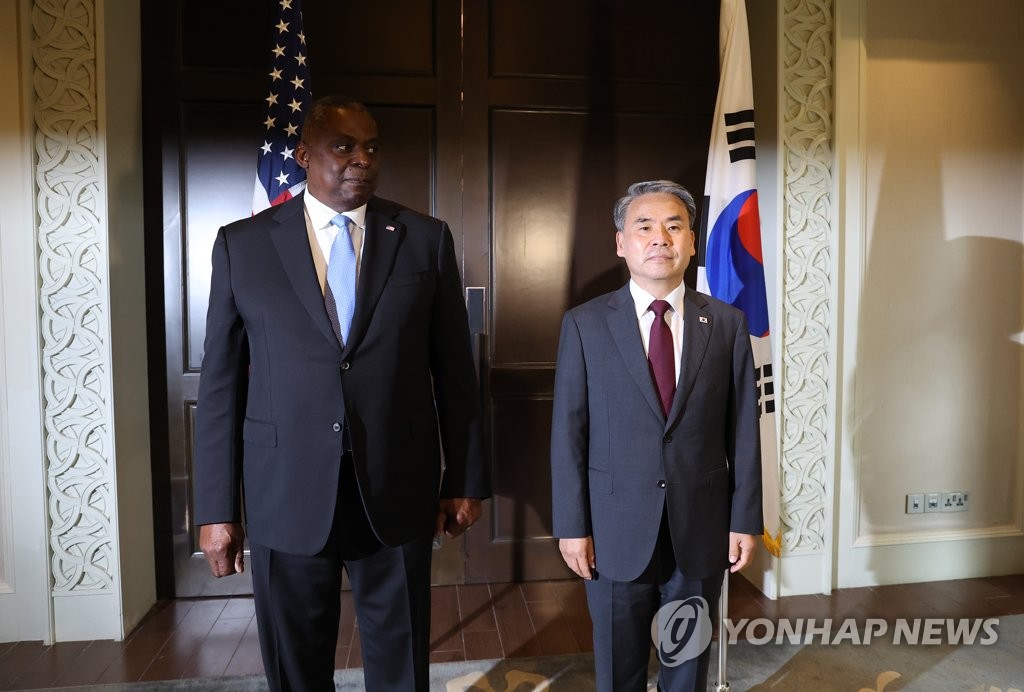