SEOUL, July 18 (Yonhap) -- President Yoon Suk-yeol said Monday that probes into the previous administration's 2019 repatriation of North Korean fishermen must be conducted "in accordance with the Constitution and laws."

Yoon made the remarks upon arrival at his office in response to a question about ongoing probes by prosecutors and the spy agency into the Moon Jae-in administration's repatriation of two North Koreans to Pyongyang.

Yoon told reporters that he "has nothing else to say but the principle that all affairs of a nation should be carried out in accordance with the Constitution and laws."

In 2019, the North Koreans were captured near the sea border in the East Sea. They confessed to killing 16 fellow crew members and expressed a desire to defect to South Korea, but the then Moon Jae-in government deemed their intentions to be insincere and sent them back to the North.

Meanwhile, Yoon stopped short of giving an answer to questions about alleged hiring irregularities at the presidential office.

Last week, an internet news site, Ohmynews, reported that the presidential office hired two low-level officials who are found to be sons of Yoon's longtime friends. The two officials are not related. 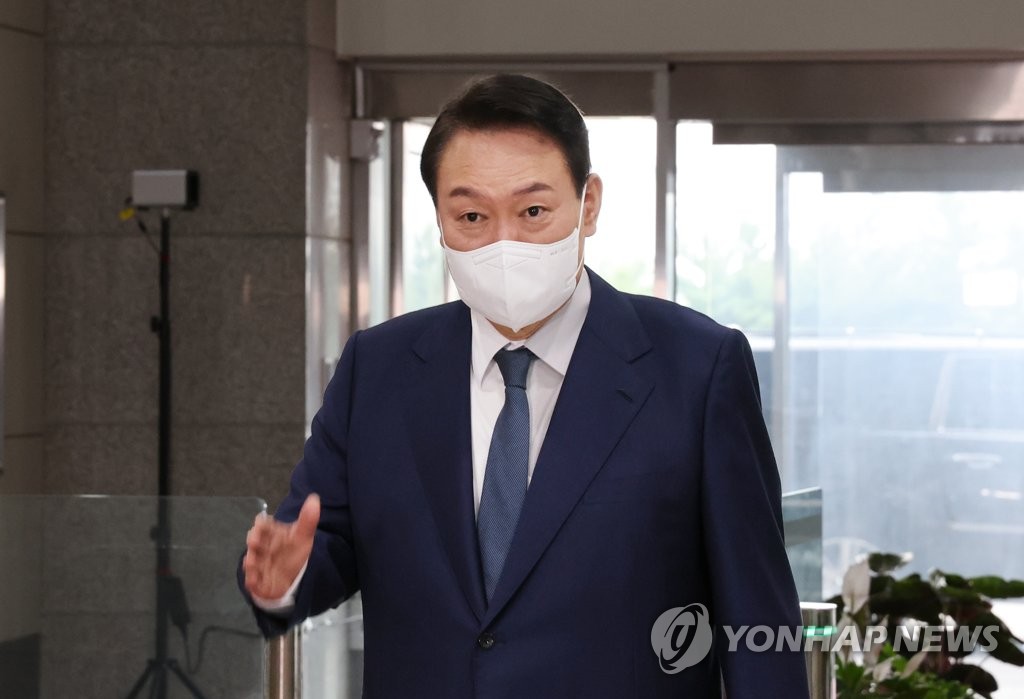 Yoon says probes on repatriation of N.K. fishermen must be conducted in line with law

Yoon says probes on repatriation of N.K. fishermen must be conducted in line with law