In the poll of 2,519 voters nationwide conducted by Realmeter from Monday to Friday last week, 33.4 percent approved of the way Yoon is handling state affairs, down 3.6 percentage points from the previous week, while 63.3 percent negatively assessed his performance, up 6.3 percentage points.

In the Realmeter poll, negative assessment rose among all groups of respondents by age, region and political inclination, except for those living in the southeastern North Gyeongsang Province and those in their 20s.

The poll also showed that the favorability rating of Yoon's People Power Party (PPP) fell for the seventh consecutive week to 39.1 percent, while that of the main opposition Democratic Party (DP) increased for the seventh straight week to 44.2 percent.

This marks the first time the DP outstripped the PPP with an approval rating wider than the margin of error since the third week of January 2021.

"Normally, if there is a steep fall in approval rating, the president and the ruling party come up with responding measures and supporters rally around to prevent a further decline, but the latest poll showed no such signs," a Realmeter analyst said. 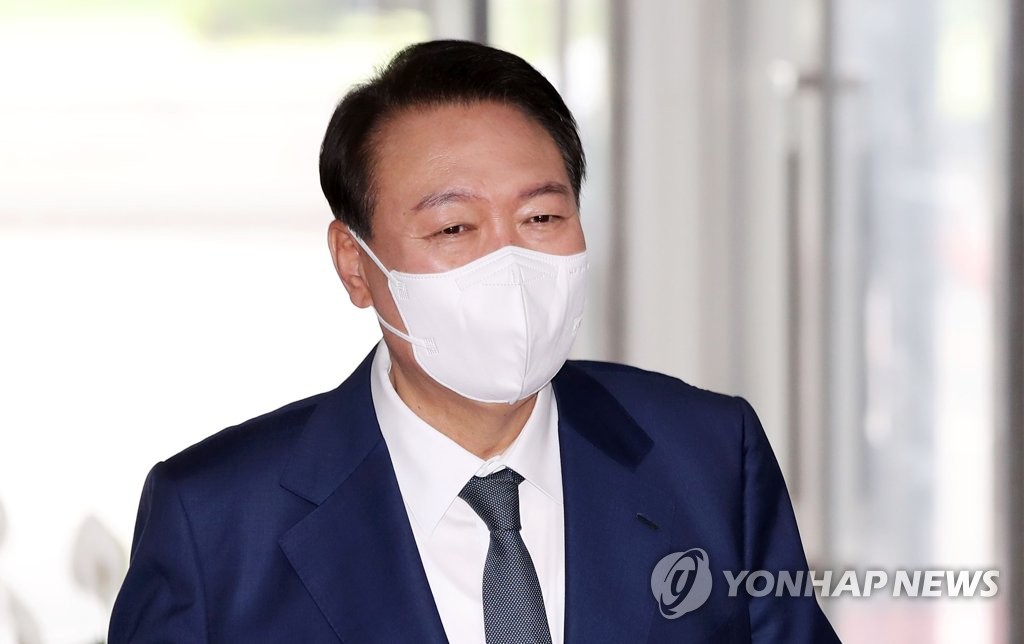