SEOUL, July 18 (Yonhap) -- South Korean food conglomerate CJ Cheiljedang on Monday said it has set plant-based food as the company's new growth engine, with a sales target of 200 billon won (US$151.9 million) by 2025.

Its main target is overseas markets, CJ said, and it aims to generate 70 percent of its sales outside of Korea.

"As these three trends -- health and wellness, sustainability and animal welfare -- merge together, plant-based is becoming a global mega trend. We project the global plant-based food market to grow up to 35 trillion won in the next 10 years," said Jung Hyun-hak, the head of CJ's plant-based food business, during a press conference in central Seoul. 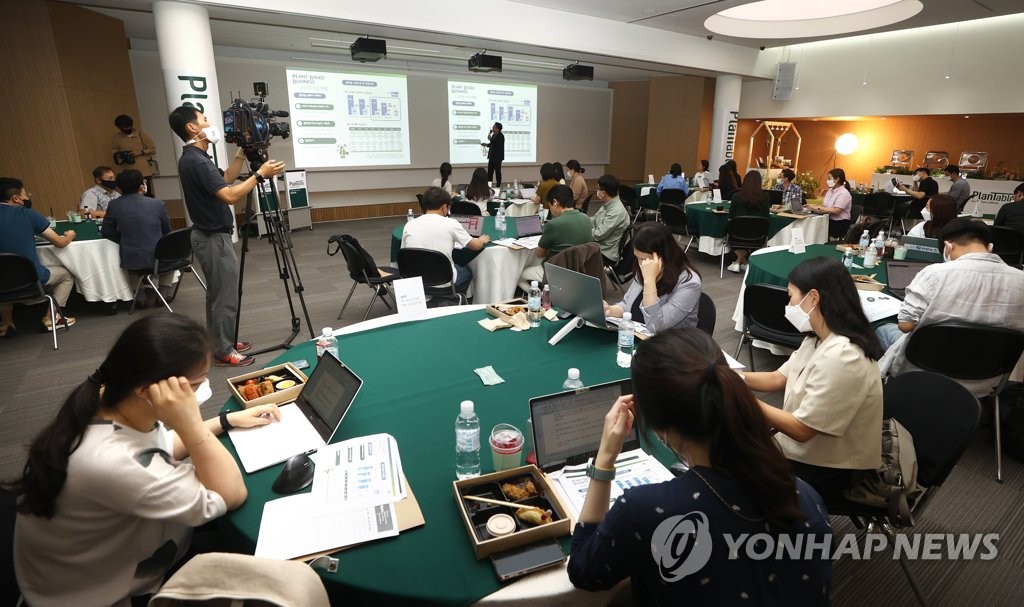 Plant-based food uses ingredients derived from plants instead of animal protein, such as eggs, fish and red meat.

The global market for plant-based food is estimated at 2.64 trillion won and has been growing by double digits every year, according to CJ. Domestically the market is around the size of 14.1 billion won this year, up 104.3 percent from 2018.

In a bid to target the growing vegan market both in and out of South Korea, CJ launched vegan dumplings and kimchi under its independent plant-based food brand PlanTable last December.

This month, CJ has expanded product offerings under the brand by using Texture Vegetable Protein (TVP), a plant-based protein replacement developed by the company using soy and peas, launching with meatless "tteokgalbi," grilled short rib patties, and other protein products.

PlanTable products have been sold in 20 countries around the world, including the United States, Japan and Australia, since being launched six months ago.

The food maker is also increasing production capabilities and has built a separate production line in its No. 2 factory in Incheon, about 30 kilometers west of Seoul. The new line has an annual production capacity of 1,000 tons, CJ said.

A plan to add another vegan production plant for its growing global businesses is under consideration, it said.

Its main target is the U.S. and European markets, Jung explained, considering the large number of vegans and mature markets for plant-based alternatives. 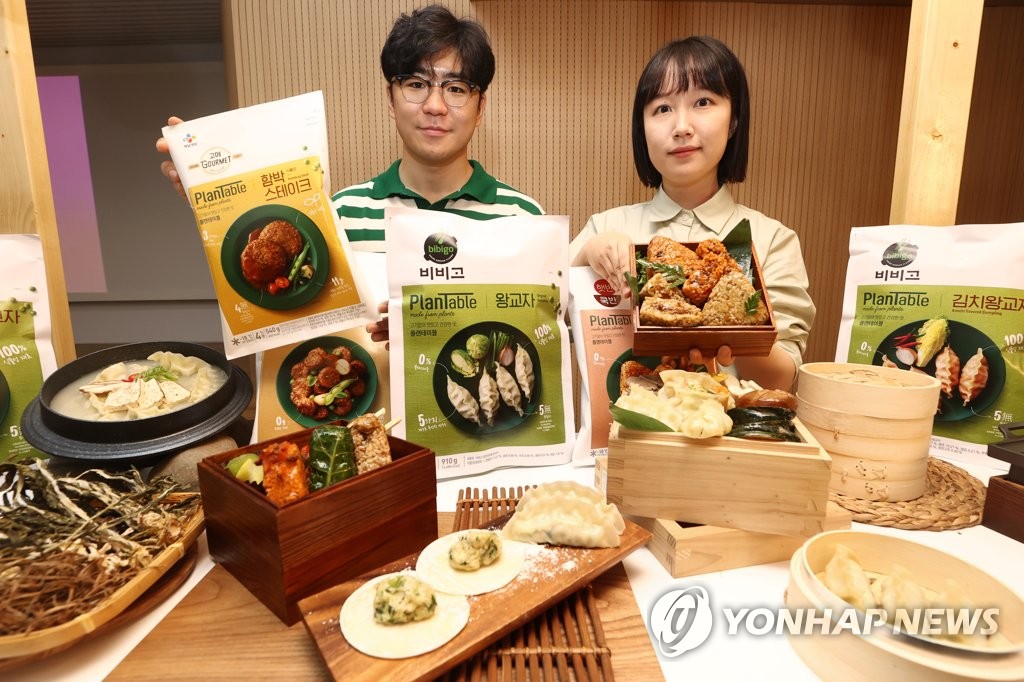 Along with such companies, startups in Southeast Asia and Singapore are also under review, Jung added.

In the field of research and development, CJ plans to continue advancing its TVP products to resemble the texture and taste of real meat, while continuing research in cultured meat, which uses protein sources other than soy, like mycelium extracted from mushrooms and fermented protein.

"Through our plant-based foods, we will complete our goal of globalizing Korean food culture by expanding our operations in developed global markets, such as the United States and Europe," a company official said.

CJ eyes plant-based foods as the next growth engine, targets 200 bln won in sales by 2025

CJ eyes plant-based foods as the next growth engine, targets 200 bln won in sales by 2025