The Korean Chamber of Commerce and Industry (KCCI) said its retail business survey index (RBSI) came to 84 for the July-September period of the year, down from 15 points from three months earlier.

It marks the second-biggest on-quarter drop since 2010 after a whopping 22-point tumble in the second quarter of 2020 due to the fallout from the COVID-19 outbreak in the country.

The decline came after the figure rebounded to 99 in the second quarter of this year from 96 three months earlier thanks to the government's easing of tough social distancing rules to stem the spread of the coronavirus pandemic.

The RBSI is based on a poll of some 500 retail businesses across the nation. A reading below 100 means that pessimists outnumber optimists.

"The plunge comes as household consumption capacity has atrophied sharply due to galloping inflation, rising interest rates and a decline in asset values," the chamber said. "Retailers seem to believe that the current situation may continue or worsen in the second half."

Only convenience stores were optimistic about third-quarter business conditions with the index reaching 103, as their sales of home meal replacements are likely to expand amid sky-high consumer prices.

Readings for department stores, discount stores, supermarkets and online retailers were all below par, with the figure for large discounters sinking to 86 from 97.

The KCCI expected retailers to suffer slumping business for the time being as consumer confidence is tipped to remain weak amid soaring inflation and interest rates, as well as high domestic and external uncertainties.

South Korea's consumer prices jumped 6 percent on-year in June, the fastest clip in nearly 24 years, due mainly to high energy and food costs. On Wednesday, the Bank of Korea hiked its key rate by an unprecedented 0.5 percentage point to 2.25 percent in a bid to fight inflation. 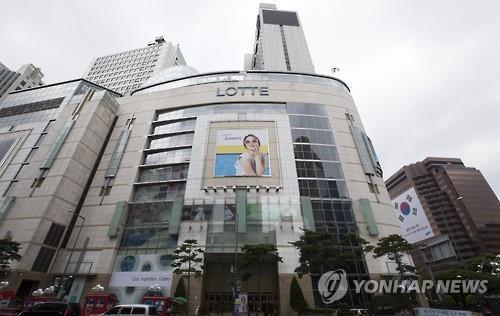 Retailer confidence sinks for Q3 on inflation, other negatives

Retailer confidence sinks for Q3 on inflation, other negatives